This little cloisonne smoking set turned up recently.  The jar is only about 8 cm tall (3 inches), not counting the knob on the lid. 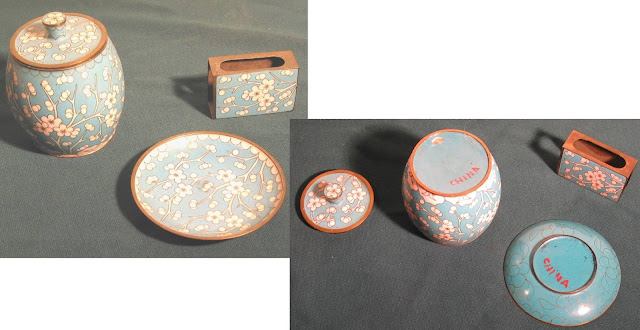 The jar shape, as well as the flower pattern on the back of the small dish, are very similar to the pre-World War II set featuring dragons mentioned in the post on the JingFa cloud.
The plum blossom motif of the set called to mind this series of photographs of a cloisonne workshop, taken by Hedda Morrison sometime between 1933-1946.  The war with Japan was conducted from 1937-1945, so it seems such peaceful workshop scenes were most likely photographed sometime during 1933-36?

What could be more examples of Old Man & crew's artistry: 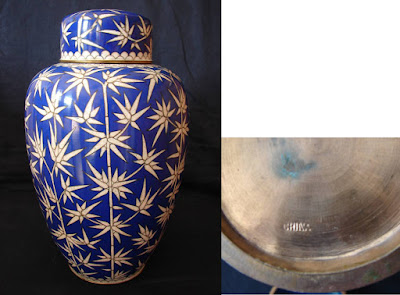 Readers might want to contrast the workshop above with the modern factory featured in the 4/13/2014 program about cloisonne from the CCTV "Journeys In Time" series. [skip to the 3:00 mark if you want to avoid the puppets intro] 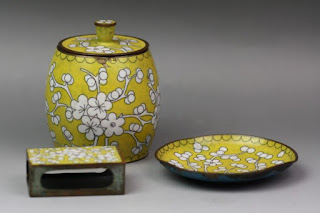 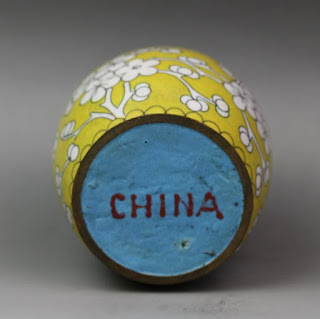 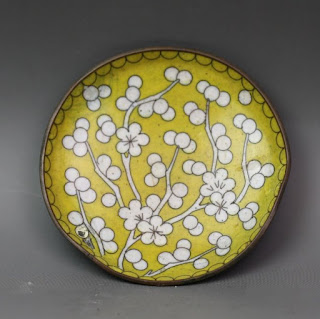 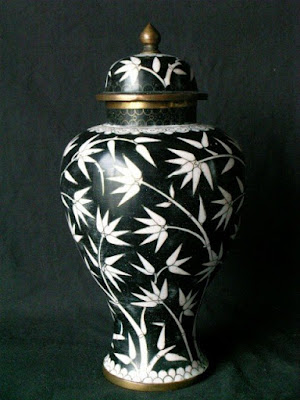 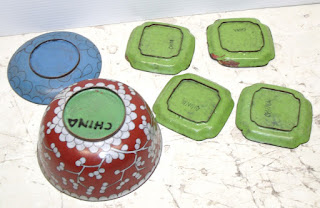 Cloisonne and canton enamel pieces similar to those in the workshop pictures. 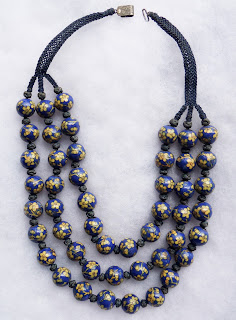 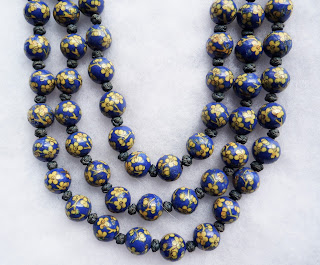 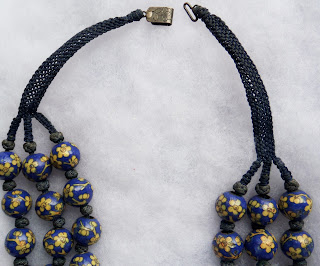 UPDATE: A necklace that appears to be of pre-WWII design, featuring a two-color plum blossom branch motif in gold on blue.  The old-fashioned style of the flowers and buds seems consistent with the two-color products from the workshop in Morrison's photos. Note the fine knotwork and plaiting. The beads are comparatively small for cloisonné beads, measuring a bit less than 13mm - some significant skill demonstrated here, drawing tiny patterns with tiny wires on small round objects.
Posted by beadiste at 11:05 AM