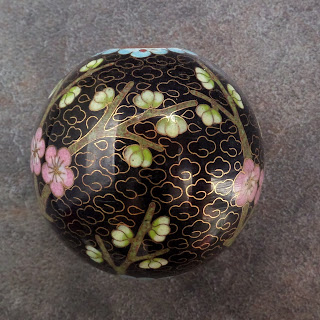 Sifting through online auction items for Chinese cloisonné, I noticed a trend in the style of clouds used in the background.  From what I’ve learned about cloisonné production methods, these little background motifs are useful for stabilizing the enamel as it heats and melts, preventing it from dripping off the piece or clumping up into blobs.

Let’s start with Lao Tian Li’s clouds – tight little rounded things with a central hump and two round wings. The curves are plump and evenly spaced with few noticeable flat spots, even in the central spirals.  They’re placed evenly and precisely, with all the curves going in the same direction. 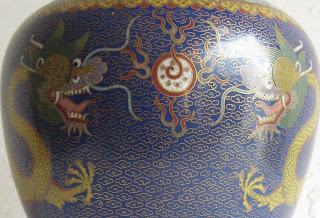 On other pieces from the early 20th century the clouds may have tighter central spirals, flat spots in the center curl or top or bottom, be more unevenly applied, and sometimes have spirals going in opposite directions.  But they’re still tight, rounded little motifs.  I think of these as “crinkle clouds” because of the kinks between the wings and the central curve. 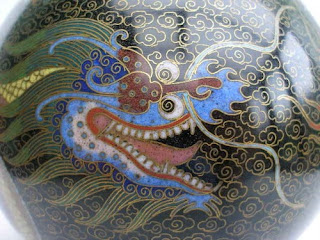 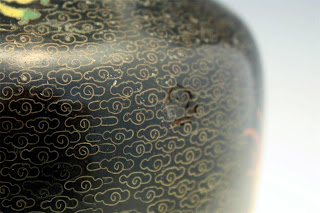 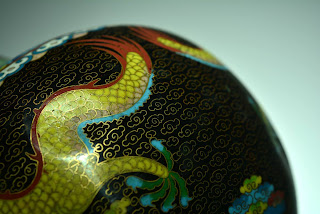 During the 1920s-40s production methods in some workshops seem to have gotten more hurried and stereotyped, and a longer (1-1.5cm) stretched cloud appears, with flattened top and bottom, applied with varying degrees of evenness and in just enough quantity to not overpower the design.  An easy motif to use for fitting between the parts of the main design, the larger size having the benefit of covering more ground with fewer wires.
In other pieces, the clouds are shorter and so thickly and closely applied in neat horizontal rows that the background resembles lace or crochet.

Then the crinkle clouds disappear, overtaken and replaced by a little motif that instantly brands a piece as being produced after the 1950s, and most likely during or after the 1970s:

Information available on the JingFa factory provides a clue why this might have happened:

“Built in 1956, the cloisonne factory is the biggest in China with 6 workshops and 1,800 workers. The “Beijing Enamel Brand” cloisonne wares are made in this factory. They take up over 70 percent of cloisonne wares produced in China. With a registered trade mark Jingfa, the products won an honourable title of renowned product in Beijing in 1975. They were conferred the title of “top quality product” by the Ministry of Light Industry in 1979, and again won the prize of the National Hundred-Flower Golden Cup in 1981.”  [TravelChinaNow: An Introduction to CloisonneFactory]

With production supervised for quality, especially during the 60s-70s decade of the Cultural Revolution, who would feel safe diverging from award-winning success and bucking the majority?  Plus, this small and simple cloud motif has the advantage of being more easily and uniformly replicated (possibly with a standard issue specialized set of pliers?) and applied to fill in irregular background areas.  If neatness and exact replication of a design are what the workshop overseers are looking for, this motif is almost ideal.  Do a Google Image search and you'll discover hundreds of photos showing cloisonne manufacture at Chinese workshops.

2010 video showing these little clouds being applied to a vase
A pile of tiny clouds
The little cloison motifs are made in multiples, hence match exactly
China cloisonne on Flickrhivemind, page after page...

Beads that seem to date from the 1960s-80s often feature tiny JingFa clouds in various sizes, sometimes open, sometimes closed, as well as other spiral or peaked cloud motifs. But eventually, at least for cloisonné beads, just the cloud and abbreviated shortened cloud and droplet shapes seem to be the sole background motifs. 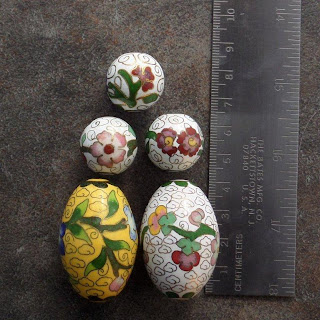 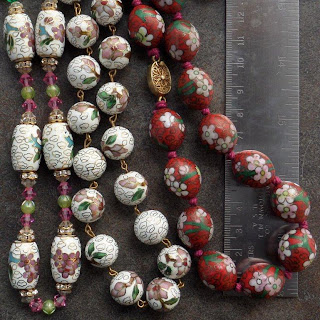 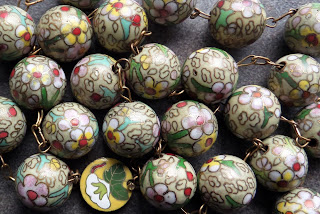 The JingFa cloud still continues to show up everywhere in the background.
[Resplendent vases in factory showroom, 2010]
Although I await contrary evidence, so far I have not seen a single piece of cloisonné that can be reliably dated prior to the 1950s that contains this simple little cloud as a background cover pattern; in other words, if you see it, the piece you are examining is not an antique, and was produced within the last 50 years.

UPDATE: The biography of Jin Shiquan relates how he invented a contraption to produce multiples of wire motifs, especially the little background clouds otherwise so tedious to make. 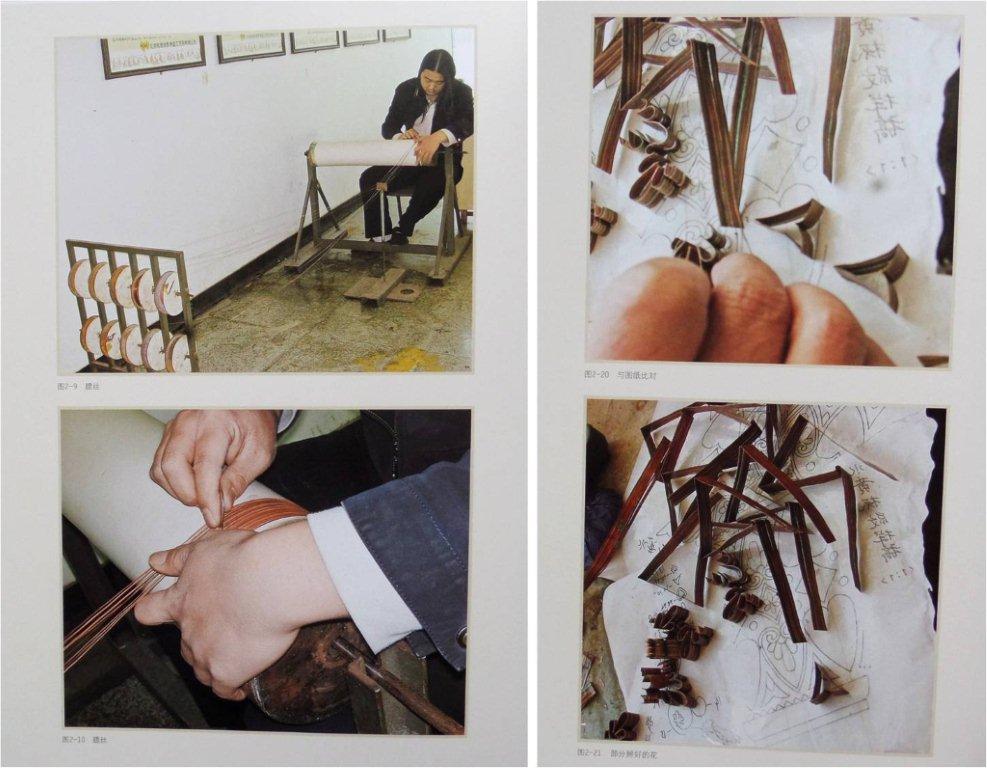 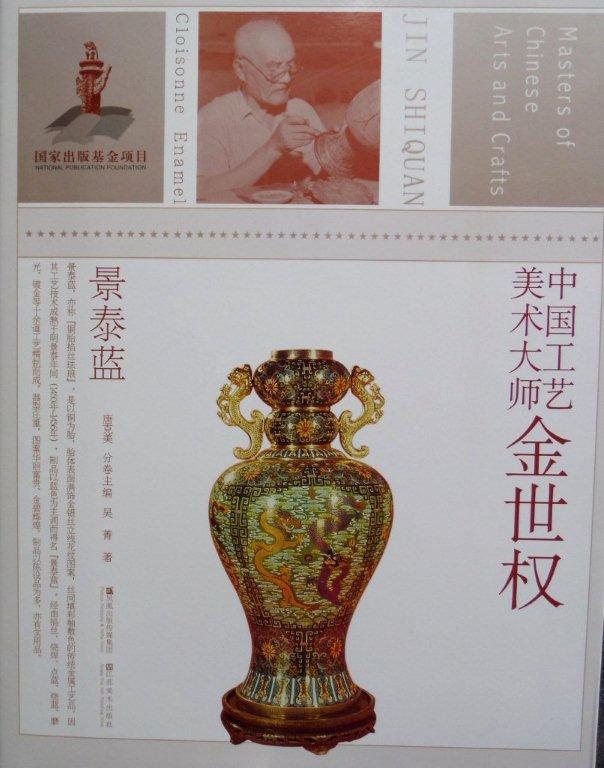