A previous post discusses the development of a fish scale background pattern in 20th century Chinese cloisonne.  Some time during or after the 1950s, a variation of this scale pattern appears, with the edges crimped to resemble blossom petals.

eBay vendor boatingindustrysurplus has on offer a collection of Chinese cloisonne pieces, which the vendors states were all purchased at the same time, that appear to date from the 1960s-70s.

Some relevant dates to keep in mind:


Here are the pieces from the boatingdustrysurplus collection: 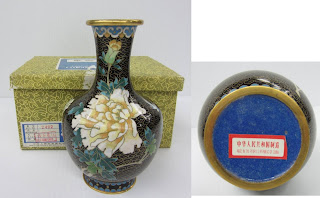 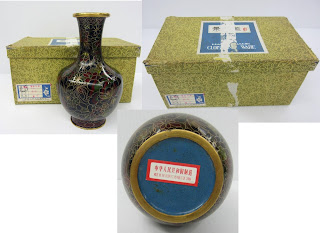 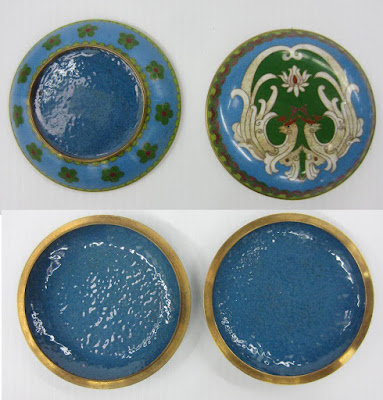 Other pieces from various former online auctions that display similar "Made in Peoples Republic of China" labels and a petal diaper: 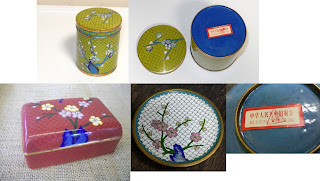 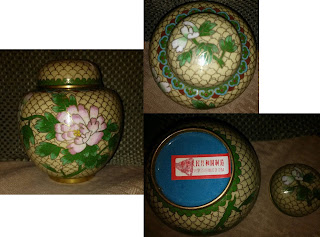 Alert blog readers will recognize the vine scroll pattern in the napkins rings as also appearing in this set of small dishes that may date from the 1960s: