A  Deco era origin date is often asserted; but, are these beads actually from the 1920s-1940s?  Evidence from other cloisonné styles indicates that such dating is off by about half a century – these beads were most likely made some time around the 1970s.

Actual Deco Chinese cloisonné pieces with a monochrome appearance, such as bowls, jars, and vases with an overall floral pattern, are made in a peculiar style: a base of the usual range of opaque enamels with a secondary layer of transparent amber, giving an overall brownish tint. 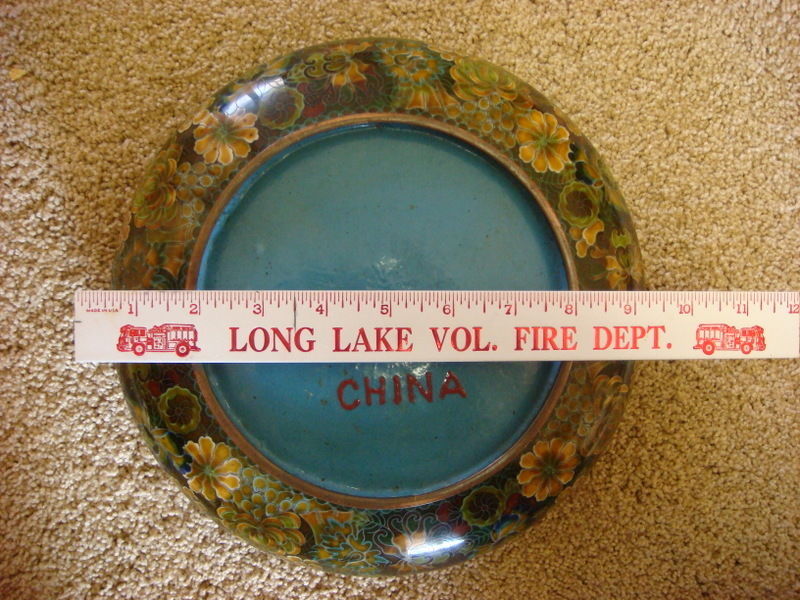 Vases and bowls from the 1930s and 40s with borders of ruyi and rocks/plant shoots also frequently get this treatment, as do the "woody" stems of blossom branches.
This light amber seems to be the only transparent enamel used in Chinese cloisonné before the 1960s.

As evidenced by this ashtray, a new method of monochrome cloisonné work was employed during the 1970s, certainly by the JingFa factory.
Blue and brown seem most common, with green, red, and purple also showing up in online auctions. 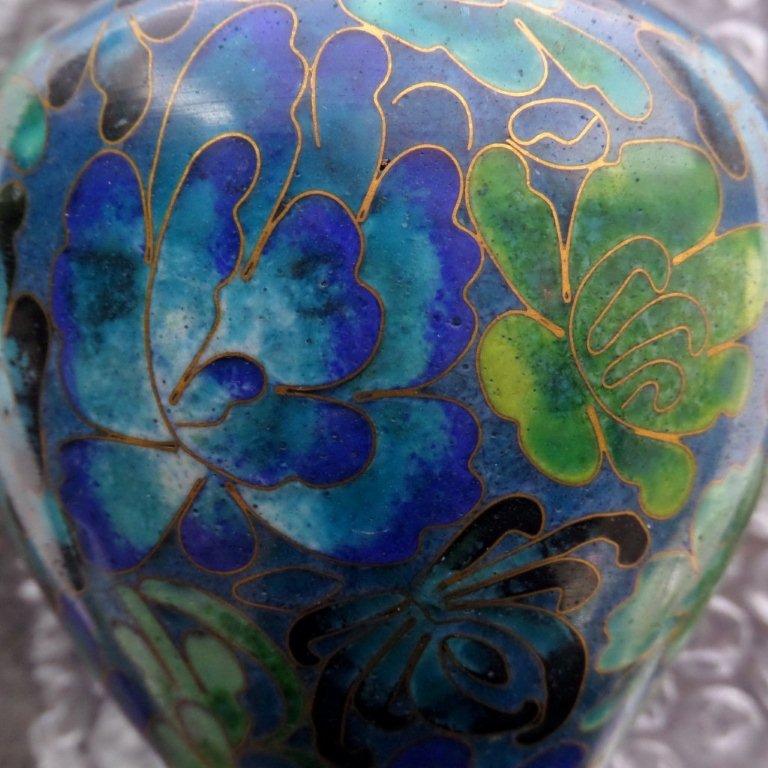 Evidence thus seems to make a 1970s or later attribution for this type of bead more likely than the Art Deco era.

UPDATE: eBay vendor satinskin gave permission to post these pics of a box with the amber monochrome overglaze that was "purchased between 1960-1970 and has never been used."
It shows excellent examples of the type of standardized floral patterns used after the JingFa cloisonne manufacturing cooperative was organized in 1956.  Certain Chinese cloisonne beads also display these floral patterns in miniature, the subject of an upcoming post. 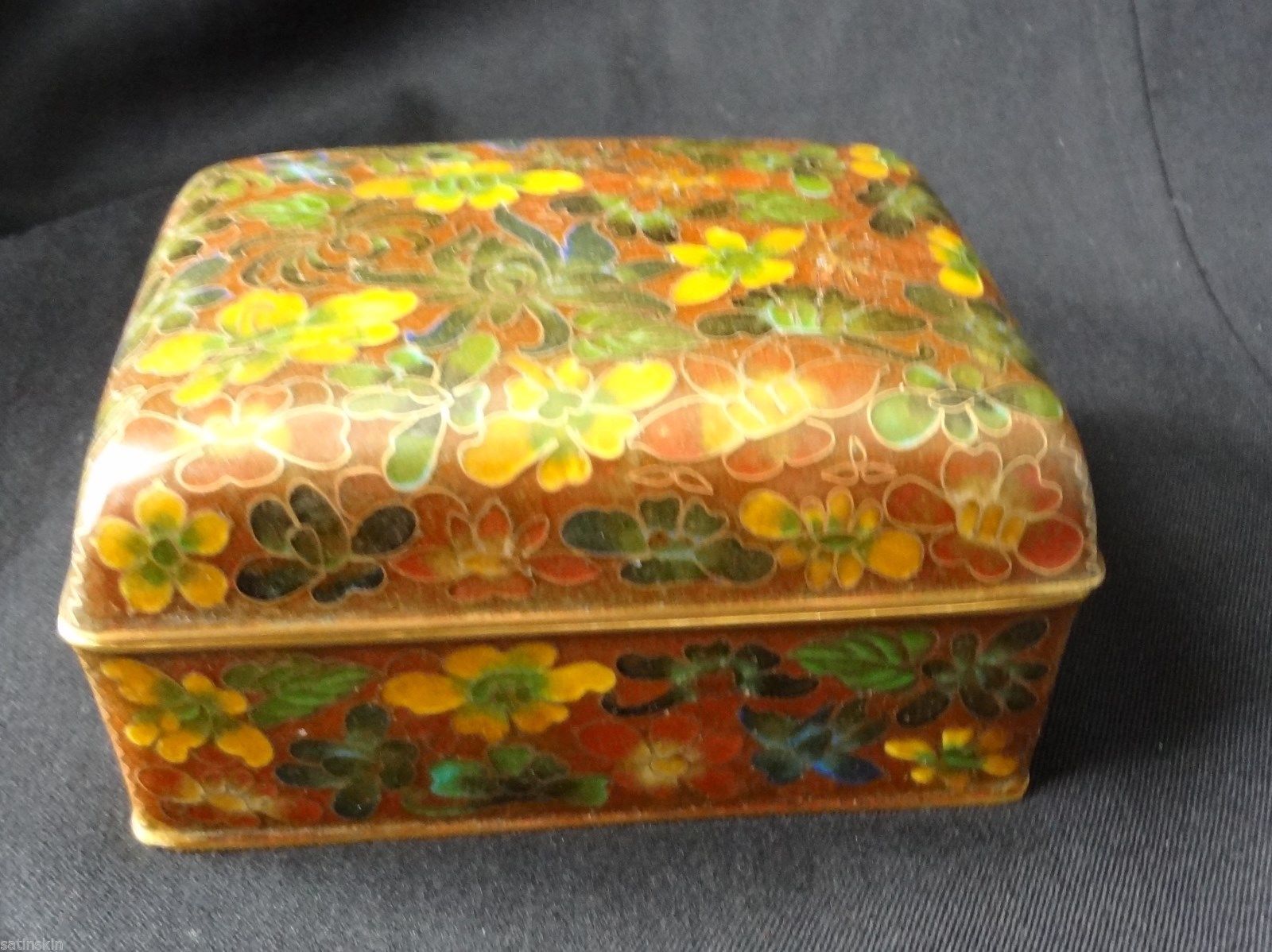 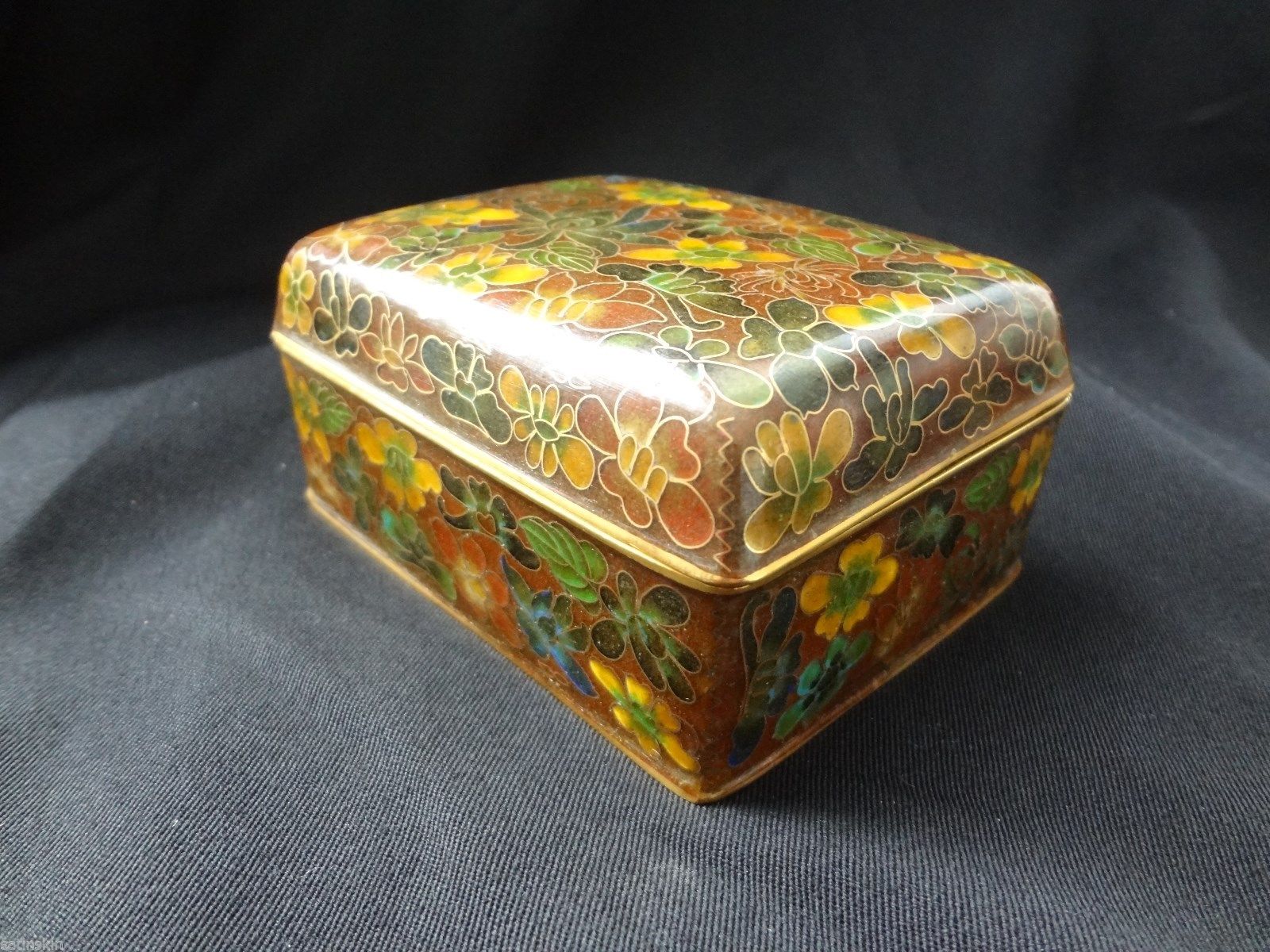 Comparing these box pictures with the pictures of my ginger jars above, what do you think of these beads, which were sold as a Deco-era (1920s-40s) necklace? 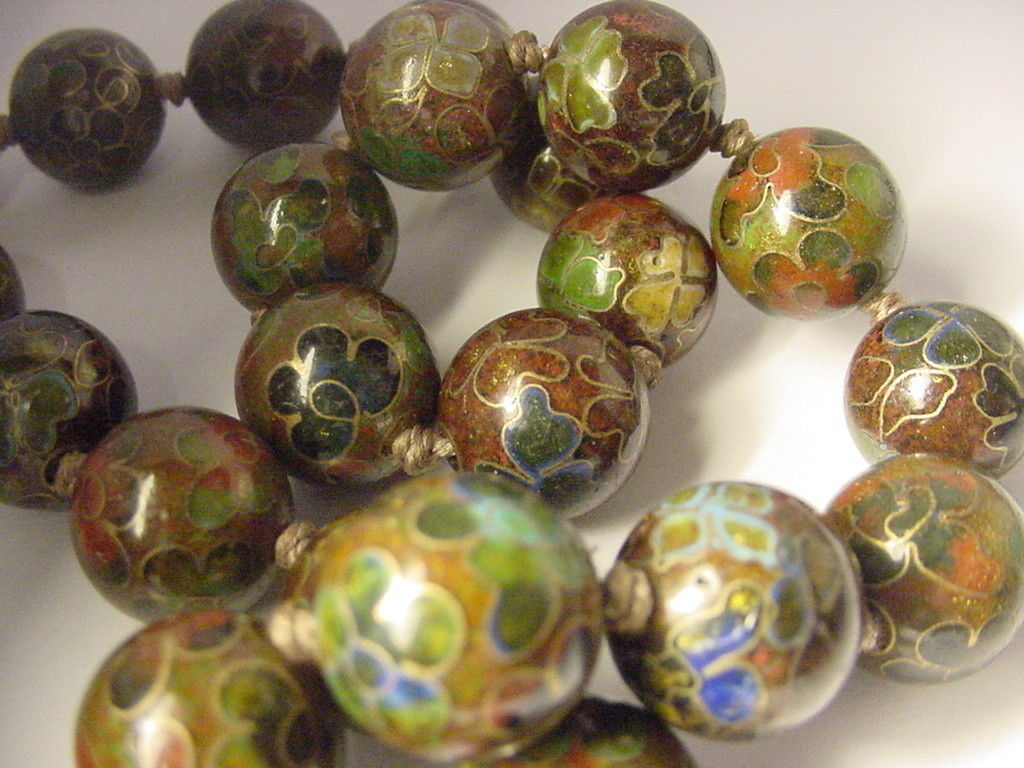 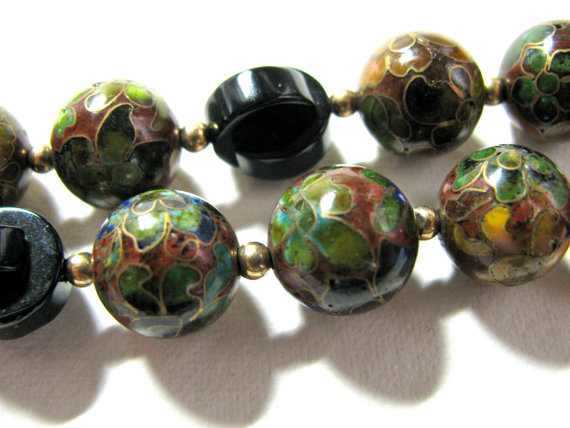 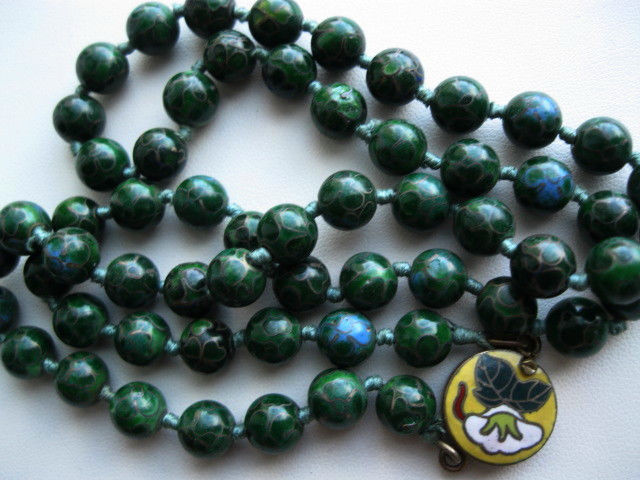 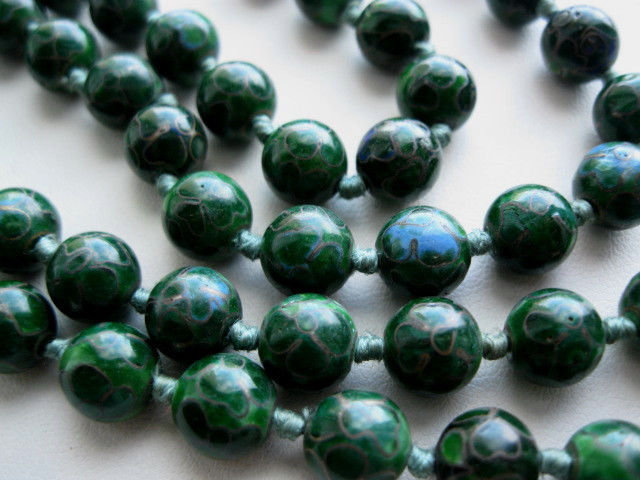