What happened in the Chinese cloisonne workshops during the ten years between the organization of the workshops in the mid-1950s and the Cultural Revolution in 1966?

Accounts from various sources (books, online) agree that the condition of the workshops was deteriorated and impoverished after the wars and economic turmoil of the previous 40 years, with many older artists unable to support themselves by their craft - Jin Shiquan, for example, was selling almond milk on the streets of Beijing.  Thus a modest guaranteed income in a state-supported enterprise and the ability to once again create cloisonne was welcome.  Did this result in a burst of enthusiasm and a revival of inventive artistry?

eBay vendor cinnabarlacquerking inherited a warehouse of unopened boxes of Chinese lacquer and cloisonne from his grandfather's business estate.  His understanding is that his grandfather imported these items to Greece during the 1960s for sale in his art and antiquities galleries.  Two shallow bowls from this collection are interesting, indeed: 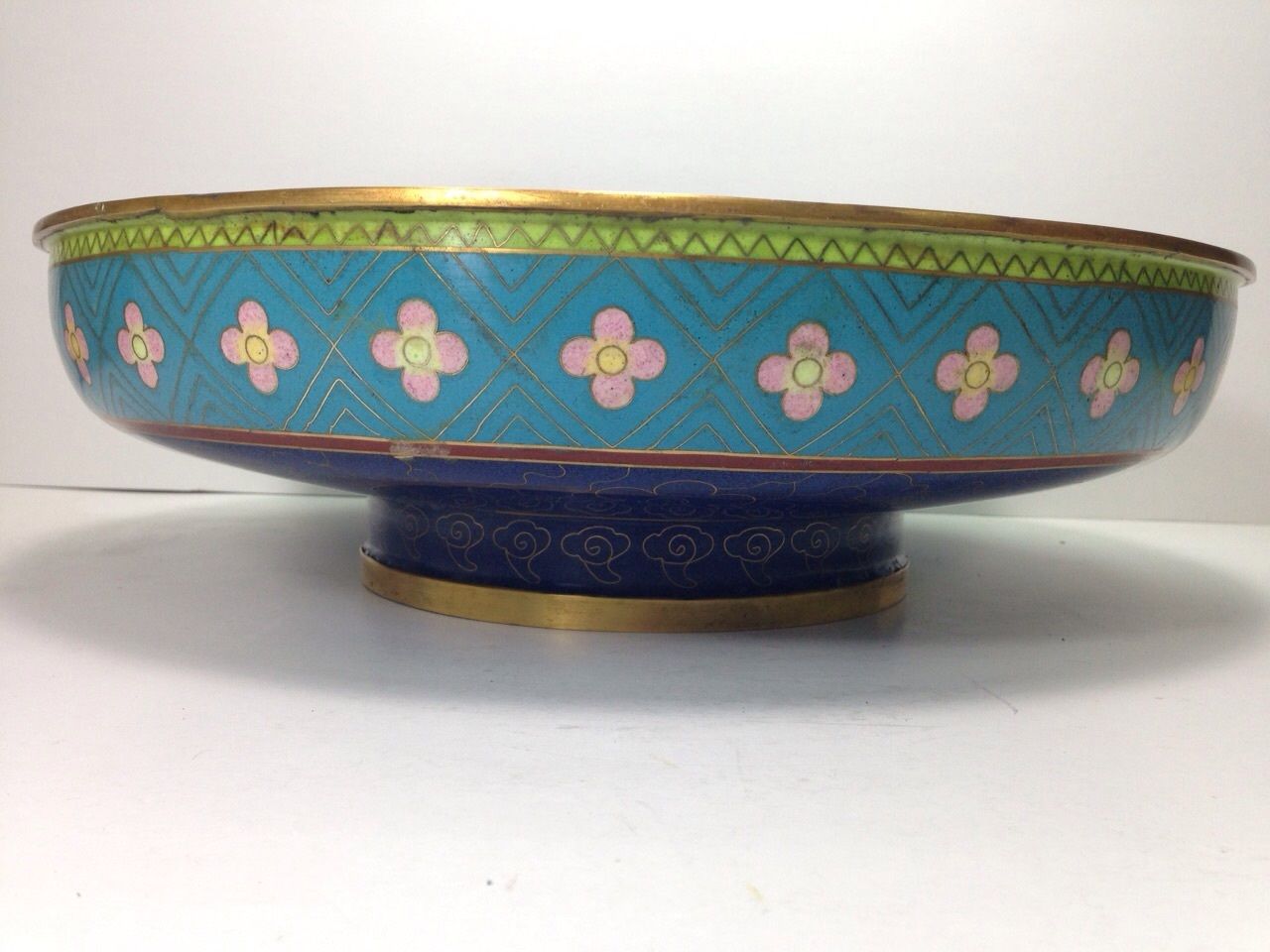 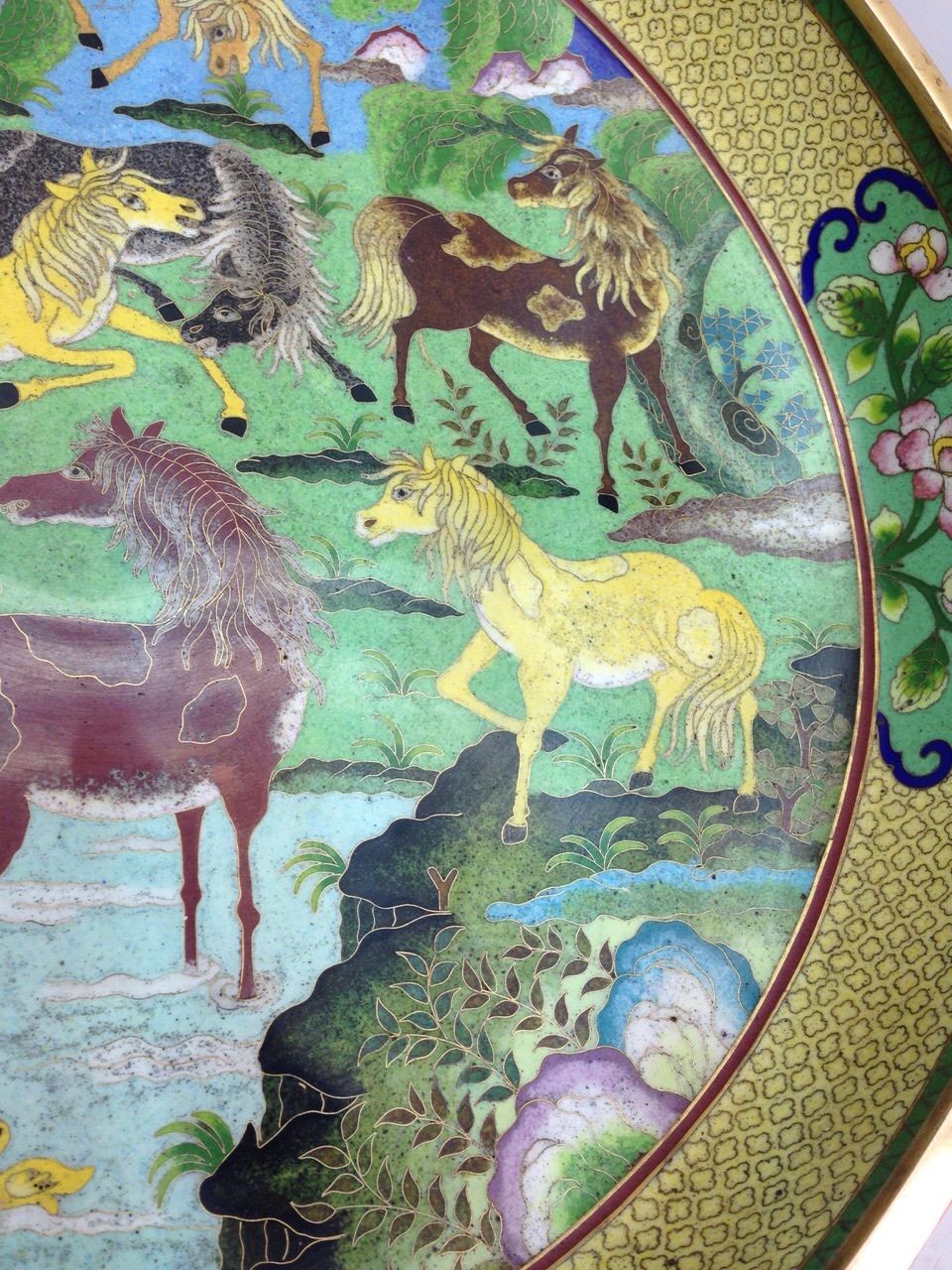 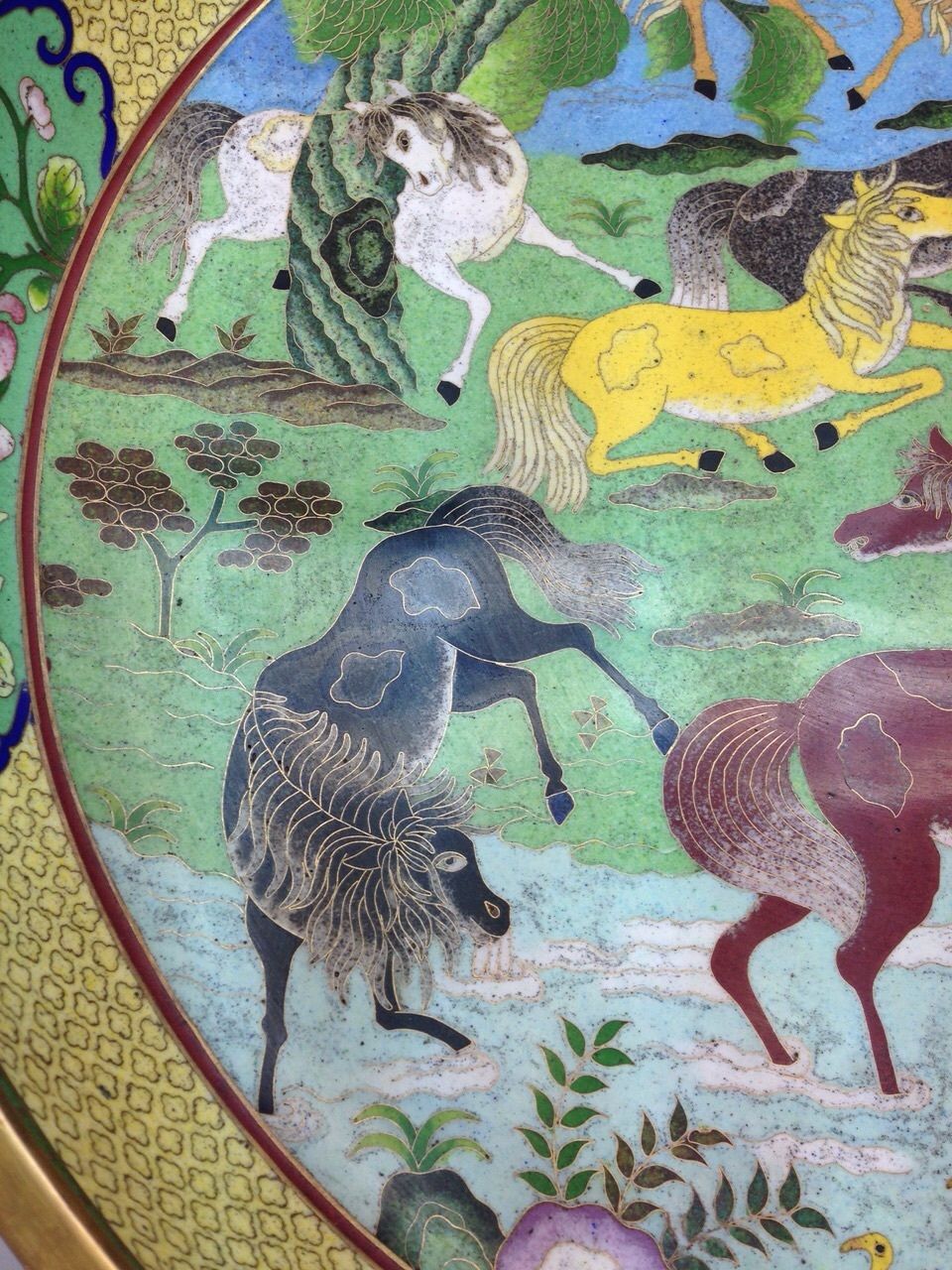 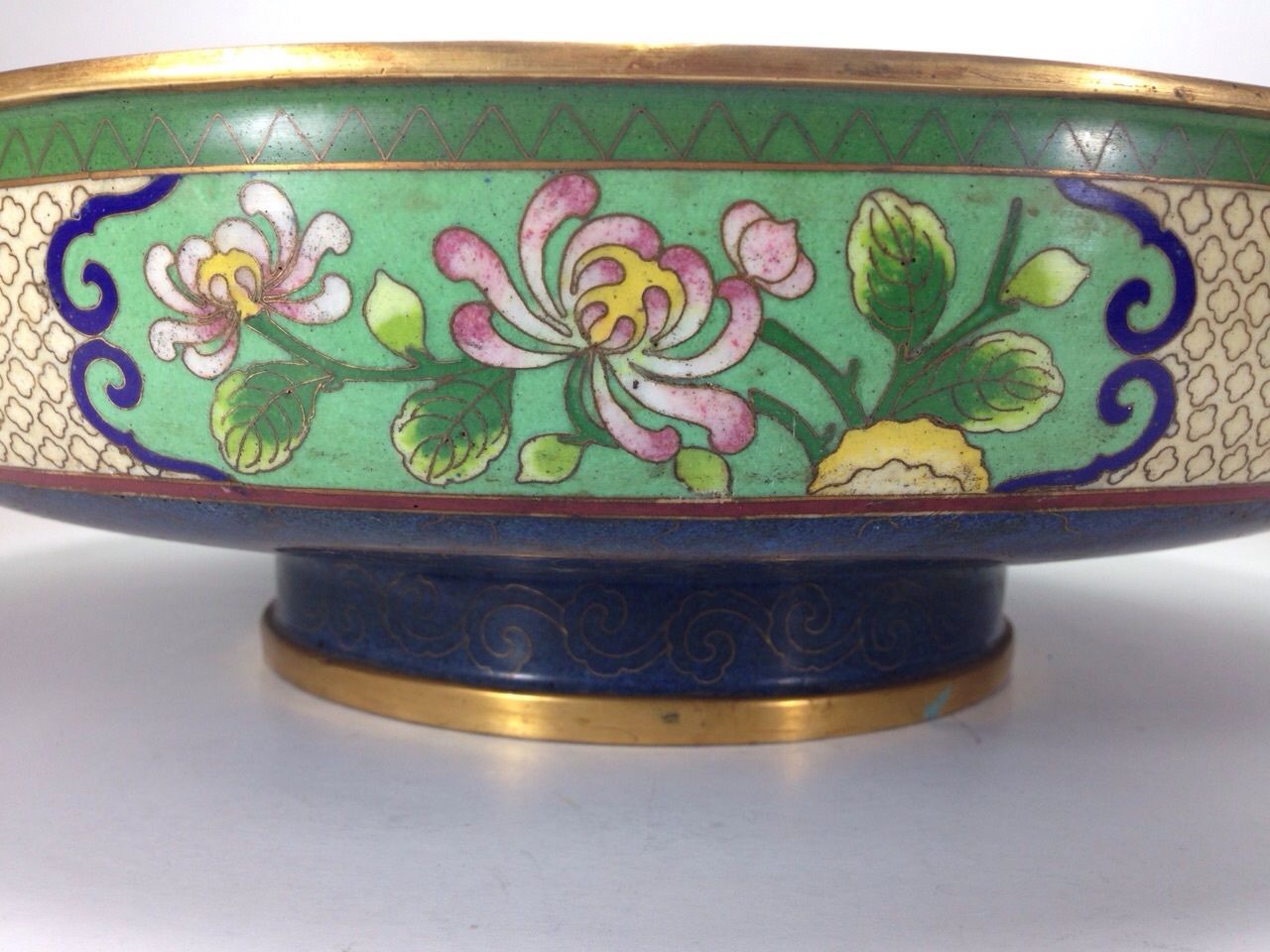 A bowl in similar style appeared in an online auction, the seller estimating it to be "late 19th - early 20th century:"

Are these pieces the work of an older artist such as Jin Shiquan, adapting past motifs and patterns to new-found artistic freedom in the factory cooperative, or are they from 50 years earlier?
What do you make of this puzzling evidence?

UPDATE: eBay vendor beril72 has on offer a set of six beautiful small dishes that display some similar characteristics to the larger bowls featured above:
UPDATE:  In an effort to make clearer some motifs I've referred to above: 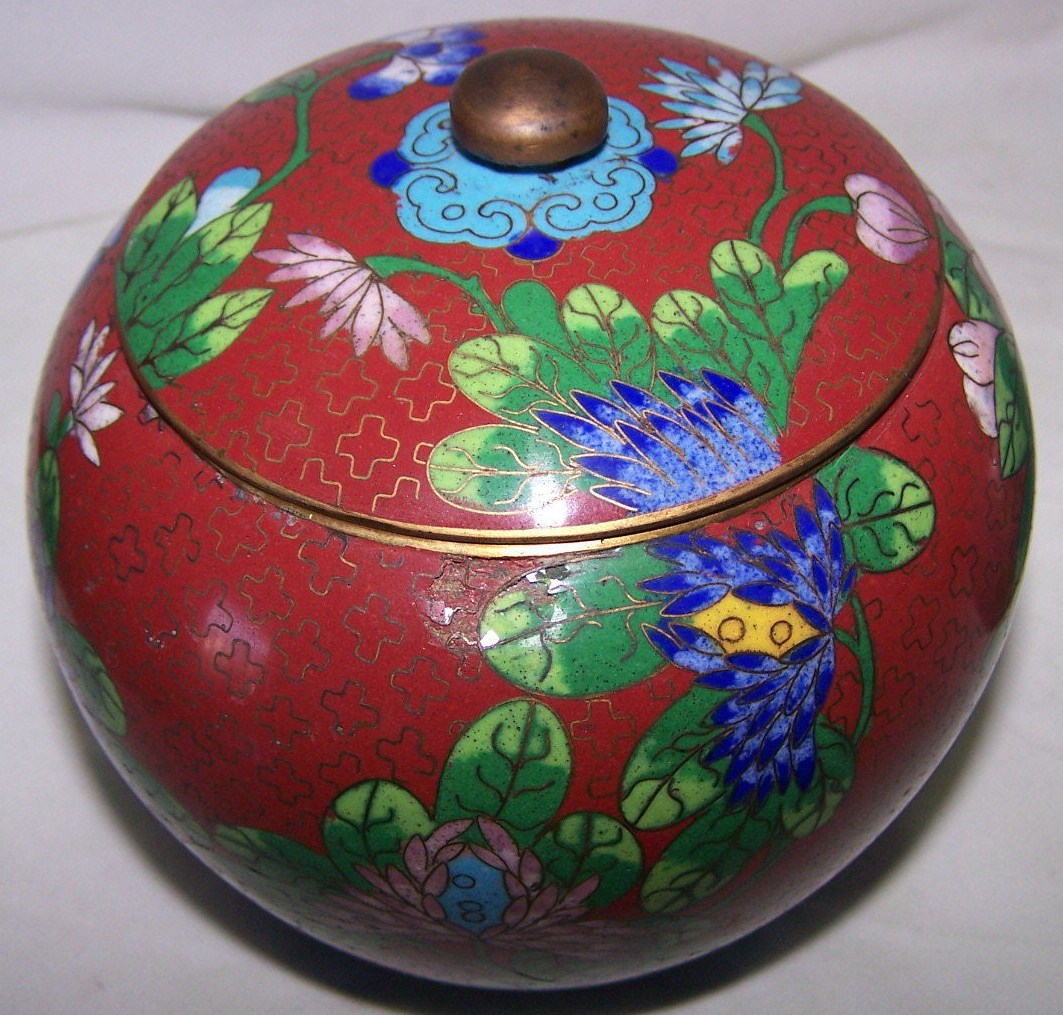