The Communist Party assumed control of the government of China in 1949.  During the next ten years China was assisted by loans and advisers from the Soviet Union.  However, by 1960 relations had worsened between the two countries, and Khrushchev withdrew the Soviet experts and technicians from China. [see Wikipedia for Sino-Soviet Split.]

A Chinese vase found its way to Moscow during this decade, of which the seller states:

“My mom bought it in Moscow in 1950’s. At that period of history China and Russia were very friendly and mom said all stores were stuffed with Chinese goods, but they were all of several kinds:  cloisonné , lacquer, silk, embroidery. Living in Soviet Union, where people were not allowed to travel, she never saw anything like that before. She really liked cloisonné enamel and collected several pieces, before China and Russia stopped being friends. She came in USA in 1990 and brought her collection.”
eBay vendor buy1fromFred has a cloisonné mantle set on offer that shares some design composition and motifs with the Moscow vase: 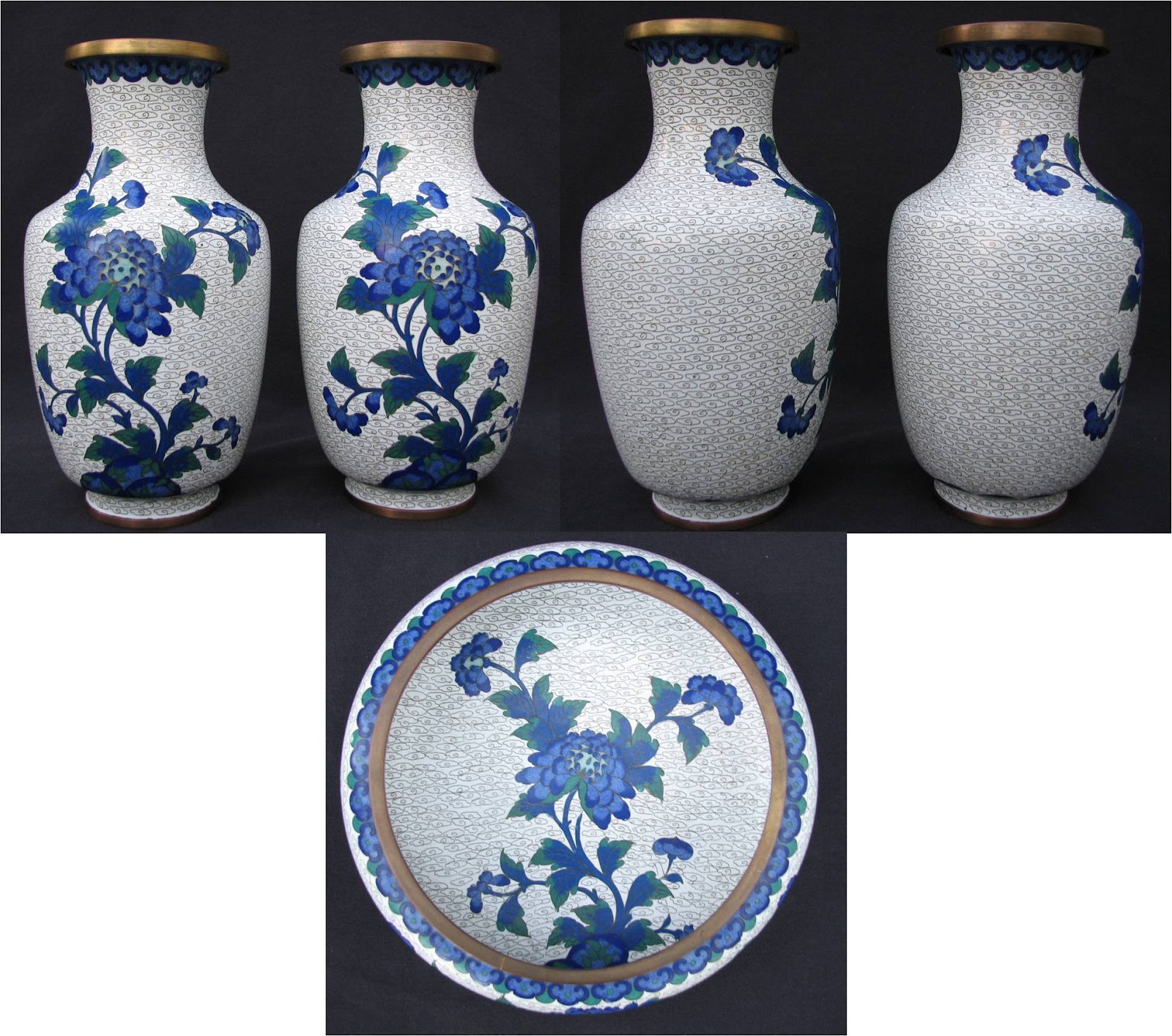 Cloisonne pieces illustrated in the post about the mysterious TianHe workshop also share motifs pre-dating the JingFa style established in the late-1950s:

It’s hard not to see this overall design solution as a continuation of features common in the 1920s-30s, but adapted to accommodate a workforce diminished by the ravages of the 1930s and 40s.  The use of a frontal motif and background covered entirely with clouds, for instance, rather than an overall design covering the entire piece, would be easier for a workshop reduced to one or two artists and a crew of less-skilled workers: the more capable artisans did the “hard” part of drawing and applying the central motif, while the others did the monotonous but simpler task of bending and applying the little background wires.

The formulaic floral designs likewise indicate someone following a pattern rather than drawing an original design – neatness of execution taking precedence over inventiveness, because there was no longer much demand for inventive artistry. 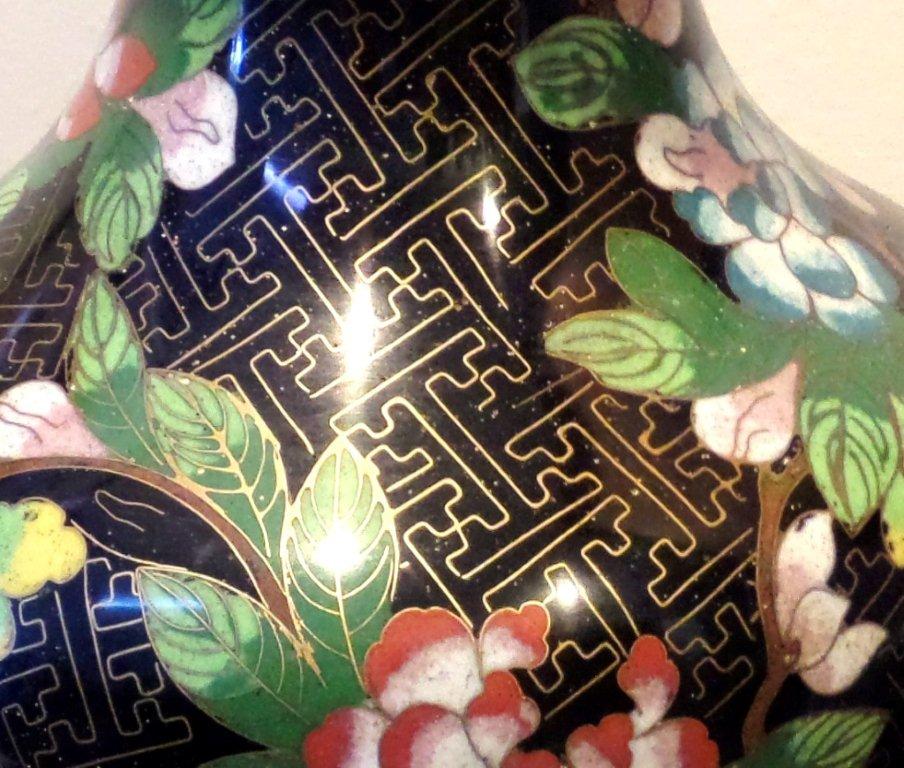 Filling one color of enamel into a uniform background would also reduce the amount of work necessary compared to the more intricately wired designs of past decades. The very background motifs used also indicate a diminished expertise, as they consist entirely of little spirals and clouds.  The T-fret or Wan (Buddhist swastika) pattern of former decades disappears, possibly because it's a tricky motif that requires a fair amount of artistic ability to apply, mere neatness is insufficient.  I’m guessing most of us have a difficult time even figuring out how the wan pattern works.
Tales of the sorry condition of the Beijing cloisonne workshops following the chaos of the 1930s and 40s made me wonder, how did they keep hanging on during the nearly 10 years between 1949 (Communist takeover) and 1958 (Beijing Enamel Company organized)?  To whom were they selling? Foreigners had been expelled from the country, and tourism was at a standstill.   Perhaps the existence of an export market to the Soviet Union might explain how the workshops managed to survive?  What about workshops in Tianjin?

When the workshops were eventually re-organized as a state-run export industry, did the Beijing Enamel Factory (JingFa brand) adapt these old stereotyped designs into a more naturalistic style for the flowers, coupled with a distinctive new tidy cloud pattern for the background that could be efficiently applied with geometric precision? The little JingFa clouds are so uniform – unlike the little spirals and stretched crinkly clouds from prior decades - one has to wonder if somehow a machine was invented to produce them?
Posted by beadiste at 2:01 PM