A blog reader sent these pics of a charming plate: 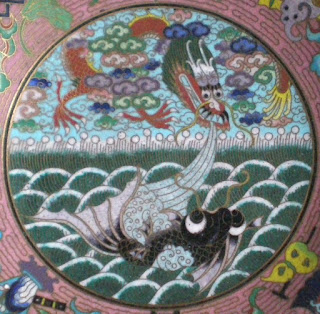 The rim features a clever combination of the Buddhist 8 Auspicious Symbols and the Daoist Attributes of the Eight Immortals, very  neatly executed, with carefully applied background diaper of what appear to be either clouds or water ripples, a motif in use from Ming onward. 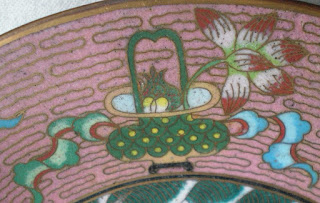 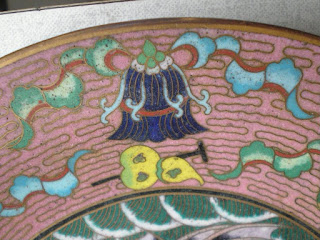 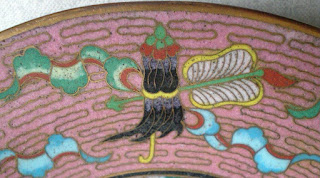 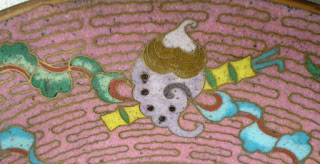 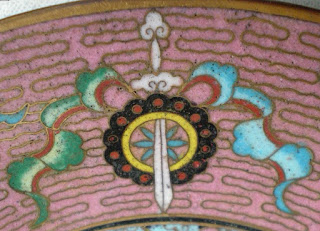 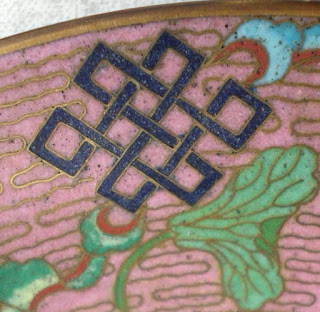 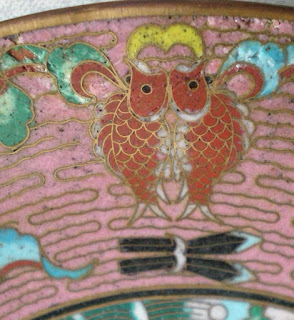 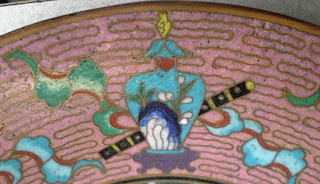 Notable also is the lavish use of pink enamel as the dominant background color instead of the more usual turquoise blue.  The Chinese word for cloisonne is "Jing Tai Lan" - the blue of Jing Tai - because the Ming emperor Jing Tai was supposed to especially favor cloisonne of a rich turquoise blue.   Pink glass requires costly gold chloride, prepared by various rather technical chemical processes.  Because cloisonne enamels start out as pieces of glass that are then finely ground before being applied to metal work and fired to re-melt the glass, pink enamel would likely have been an expensive luxury. Pink enamel in cloisonne does not seem to appear until the QianLong period in the 18th century, so the 1700s would be the earliest dating for this plate.  By the late 1800s, however, newer technology at the Boshan glassworks could well have been producing rich opaque pinks, so perhaps the cloisonne workshops that were given a boost in the 1890s by imperial support might have experimented with the increased availability of this lovely color.

Also of interest are the black and light opaque purple enamels. And what about the style in which the dragon is depicted?

This is such a delightful, colorful piece, it makes me wonder if it was a special birthday present for some lucky little boy with wealthy parents?

When do you think it might have been made? 18th century? Early 19th century? Late 19th century?  Early 20th century?
UPDATE (April 18, 2021)
Since this was first published, another similar plate in black turned up, with an inscription on the back. 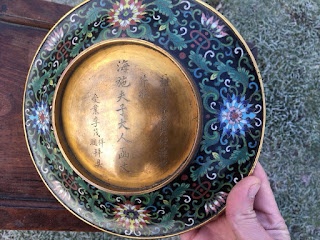 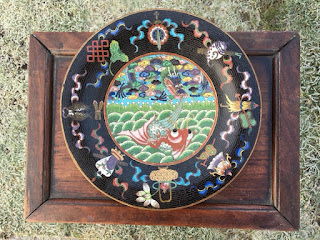 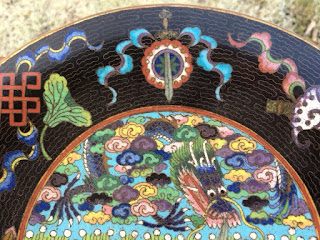 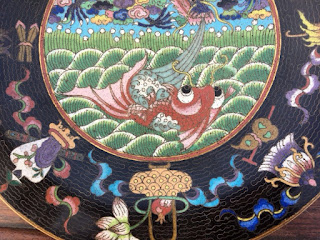 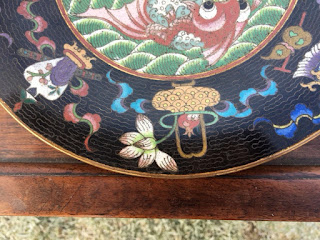 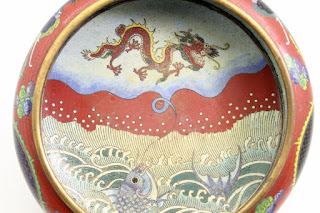 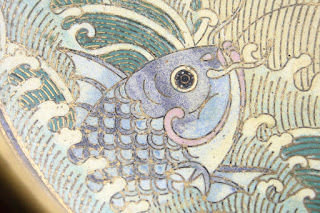 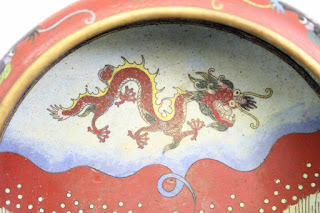 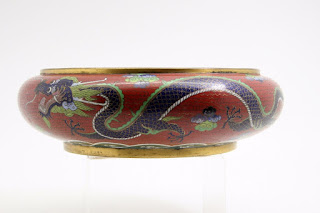 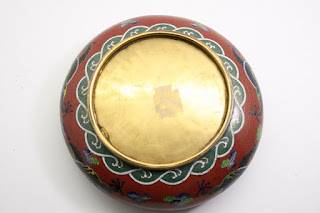 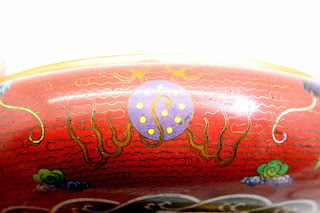 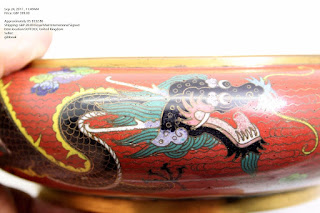