I purchased this necklace because the cloisonné beads seemed to be pre-1970s to me. 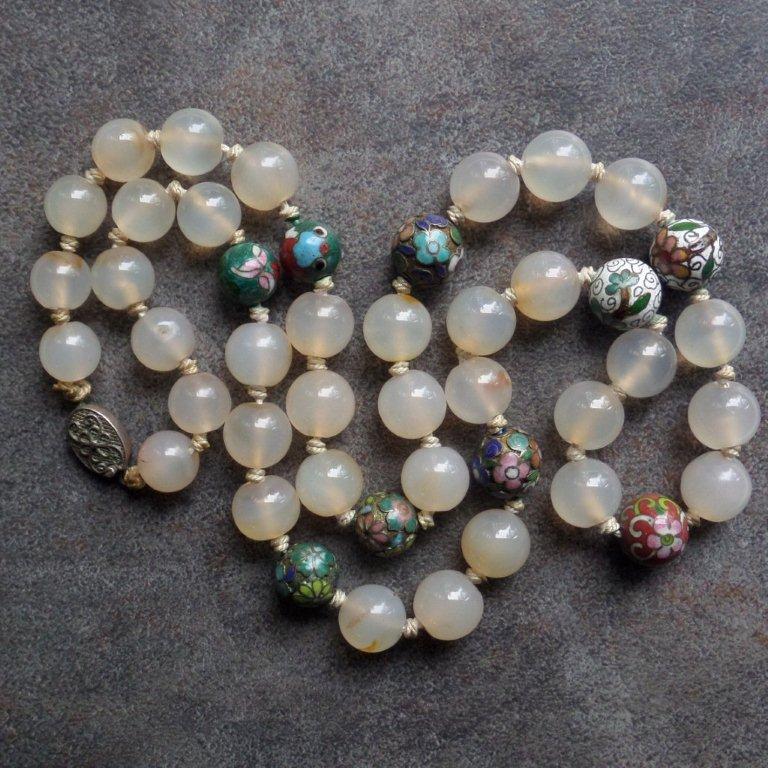 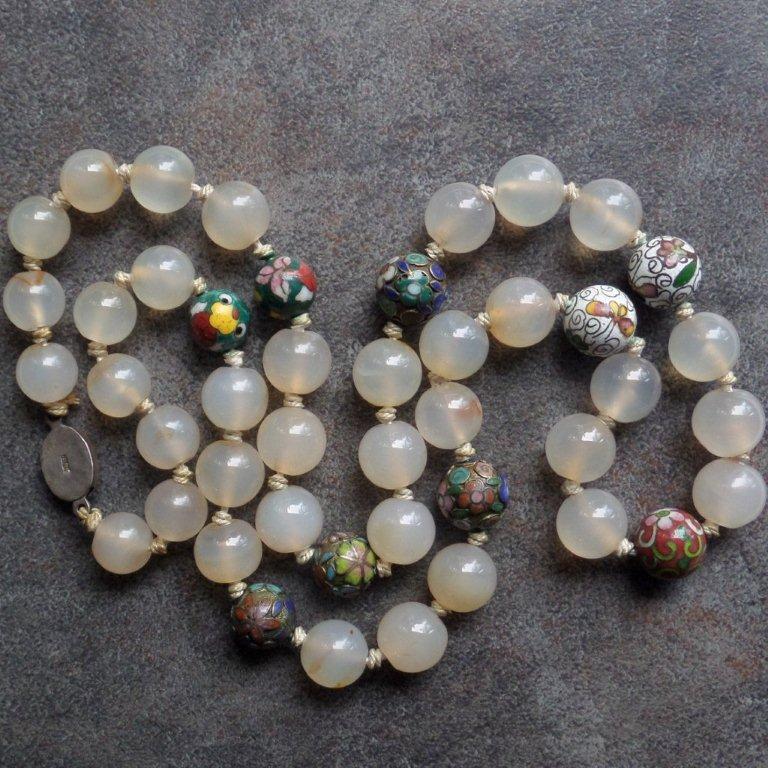 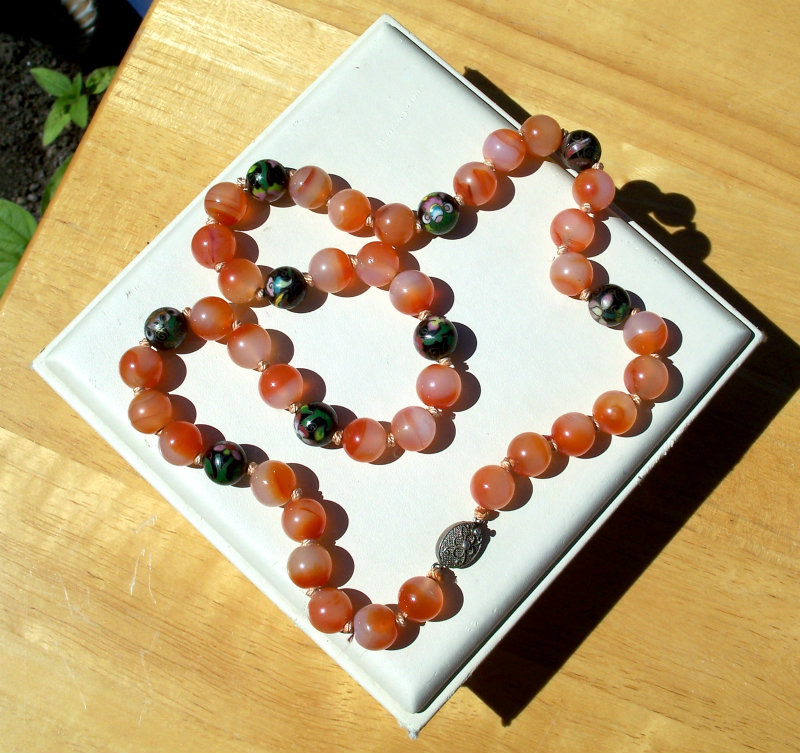 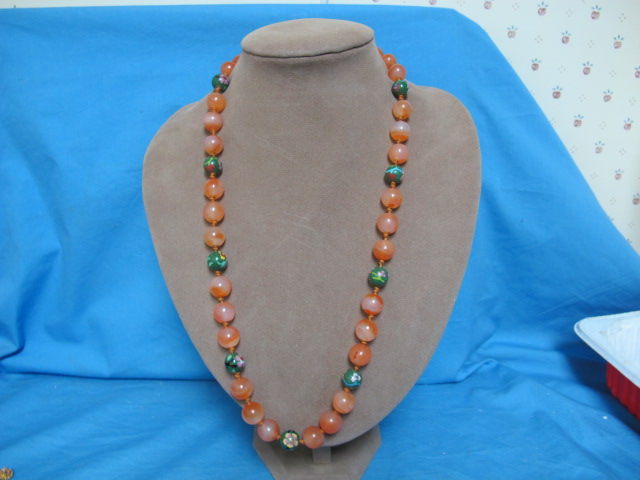 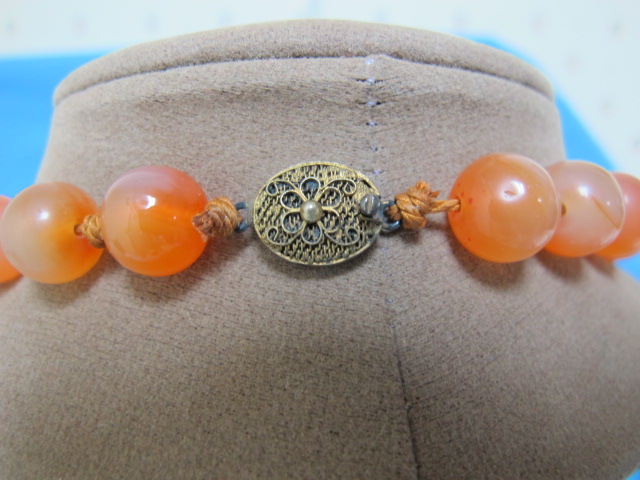 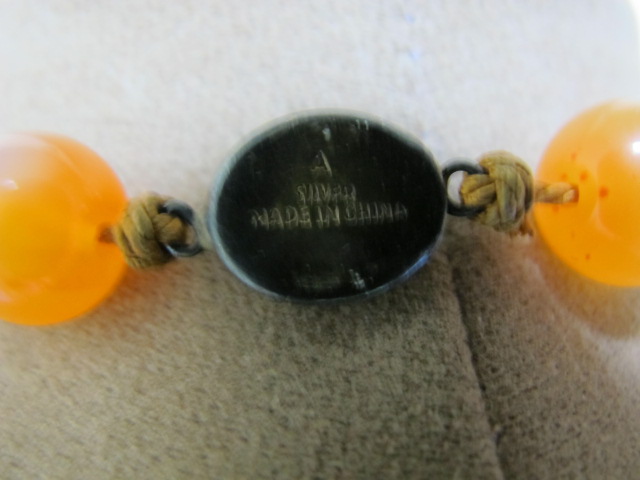 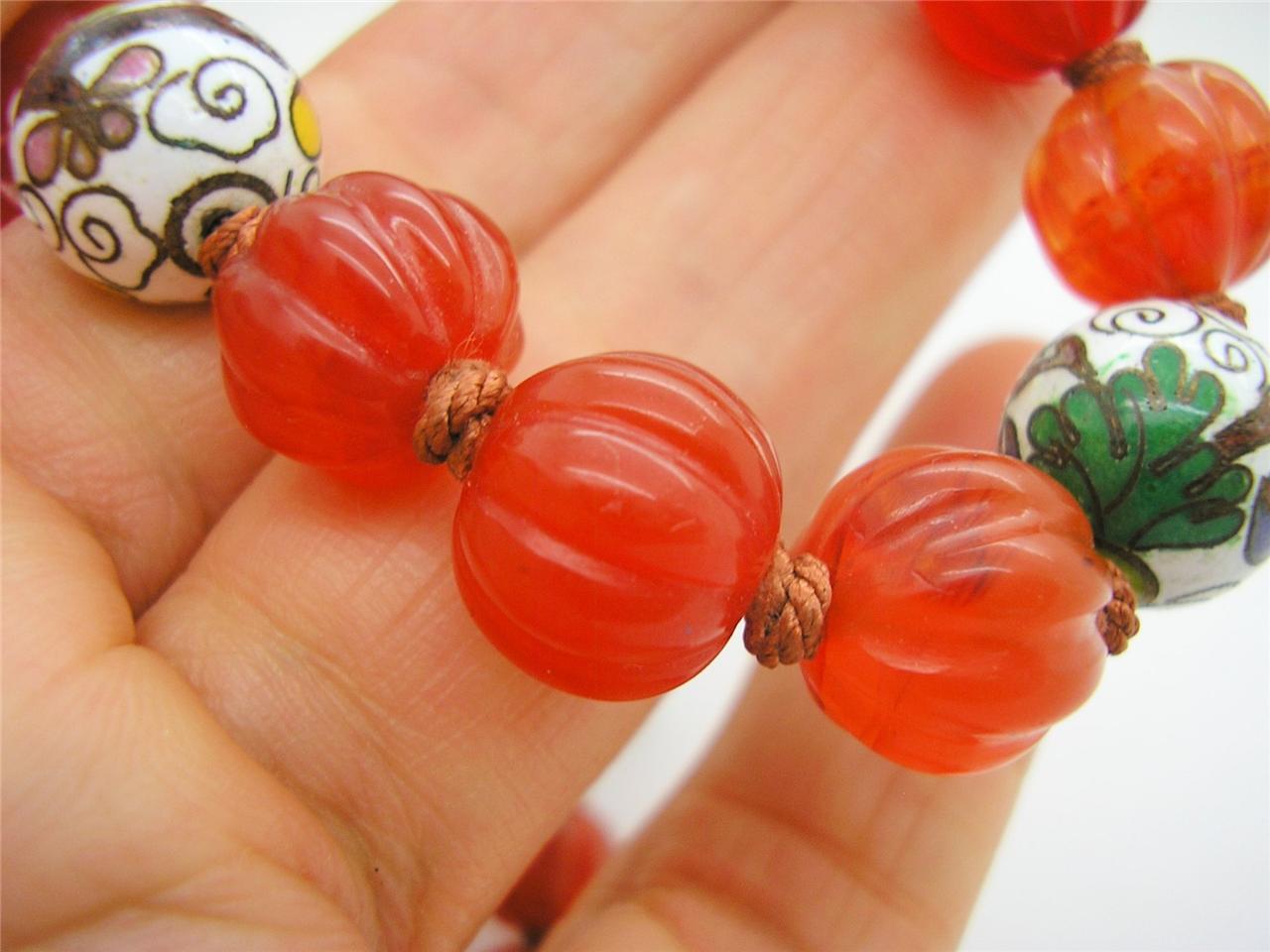 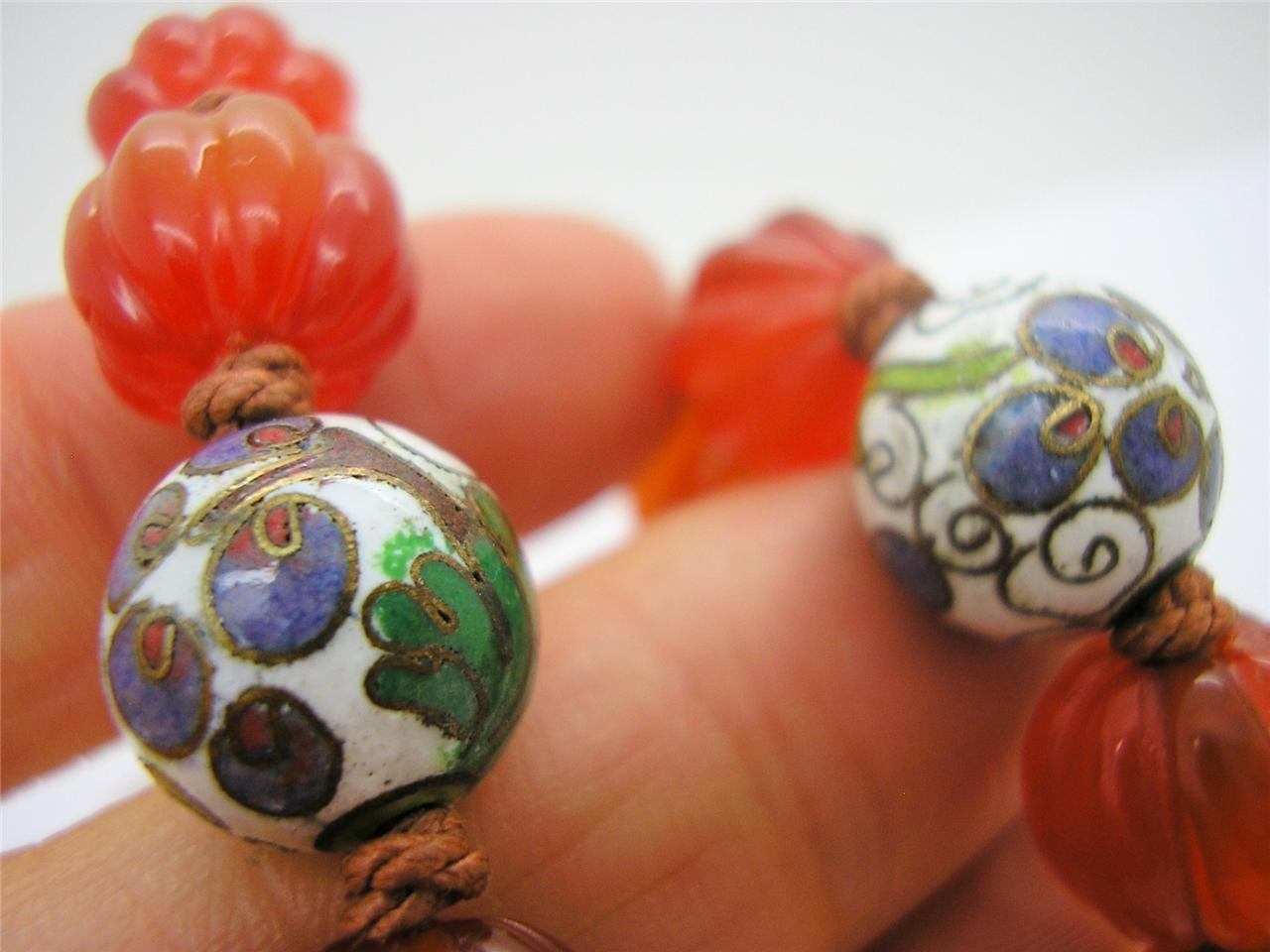 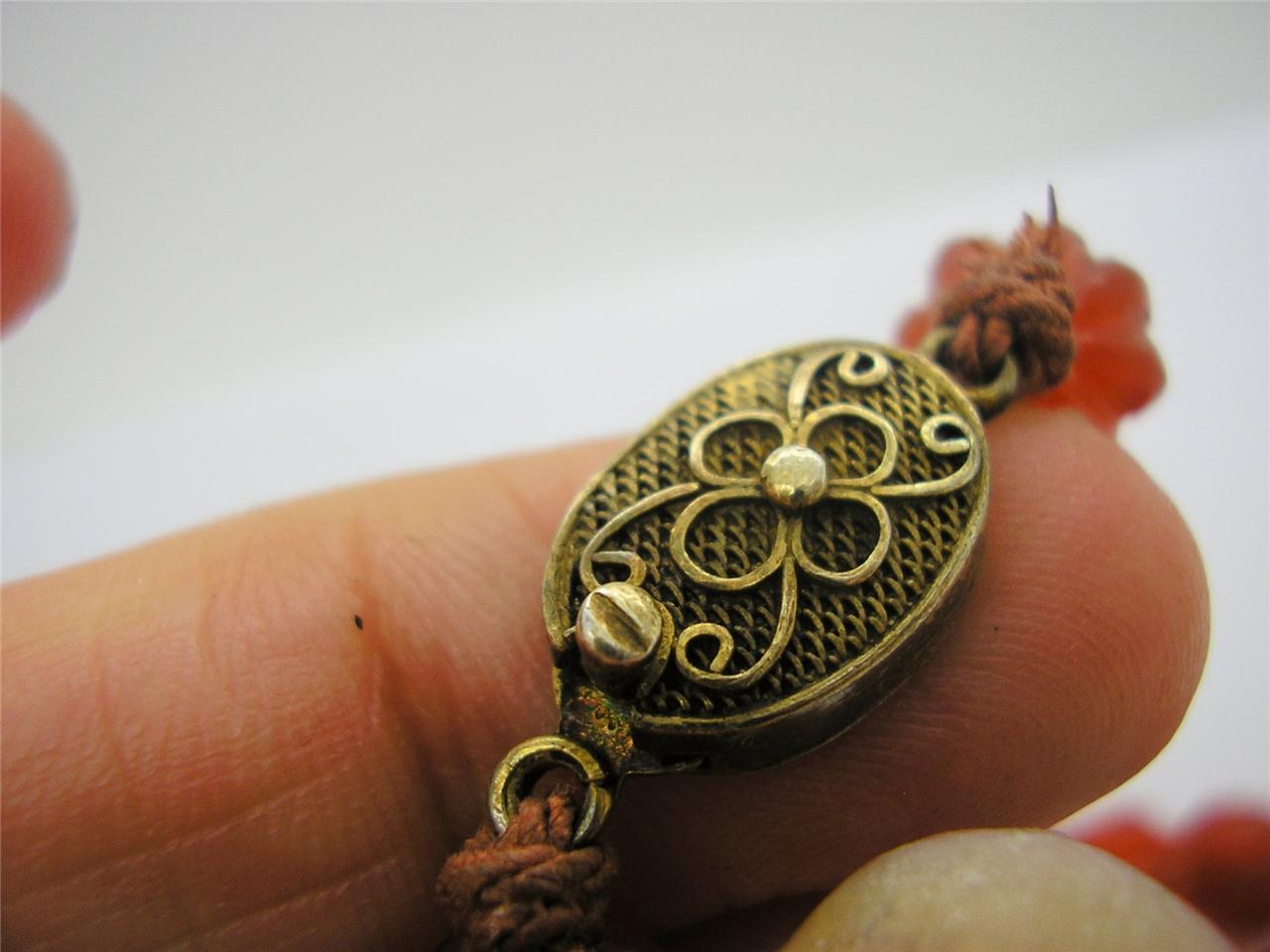 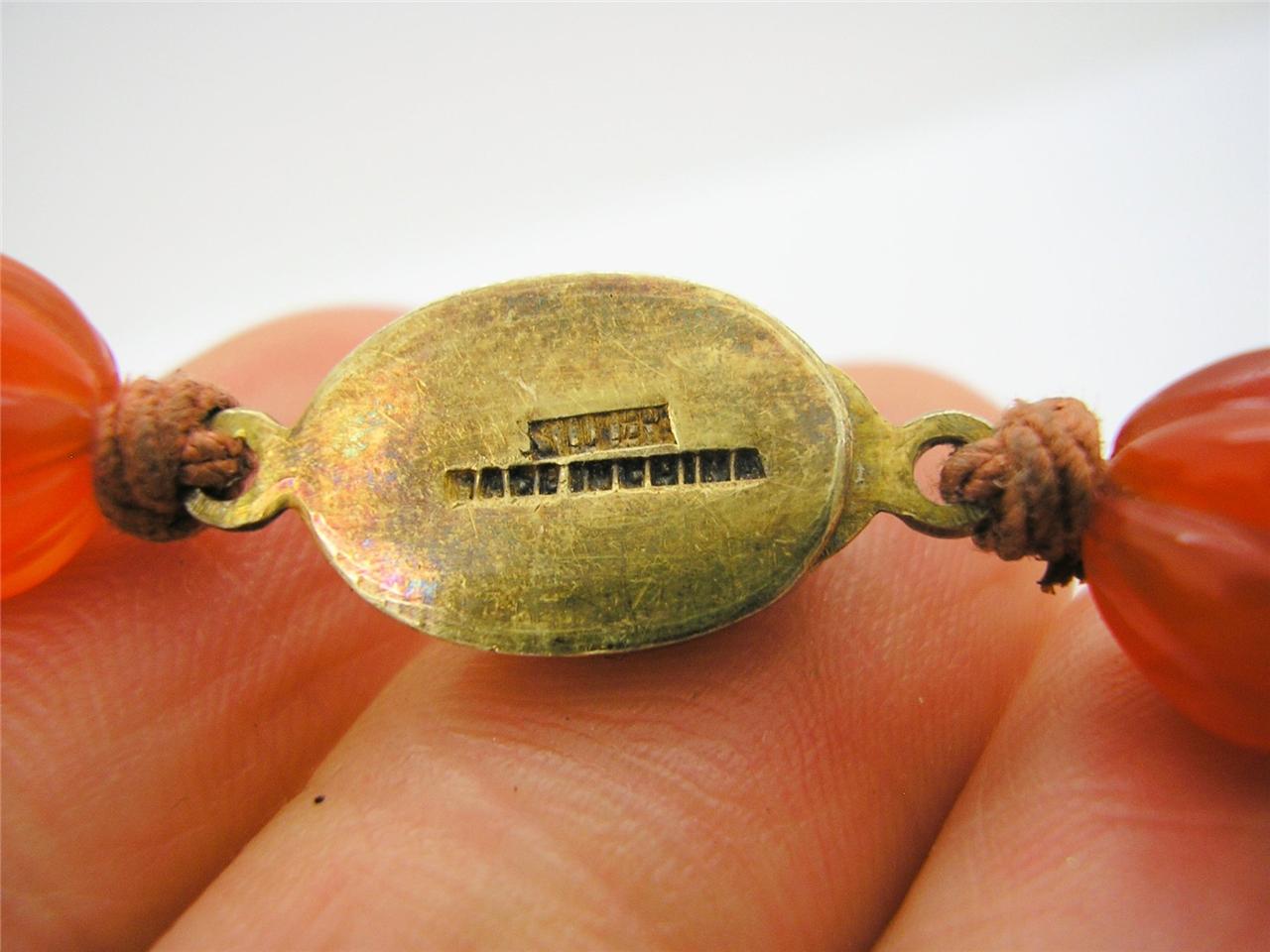 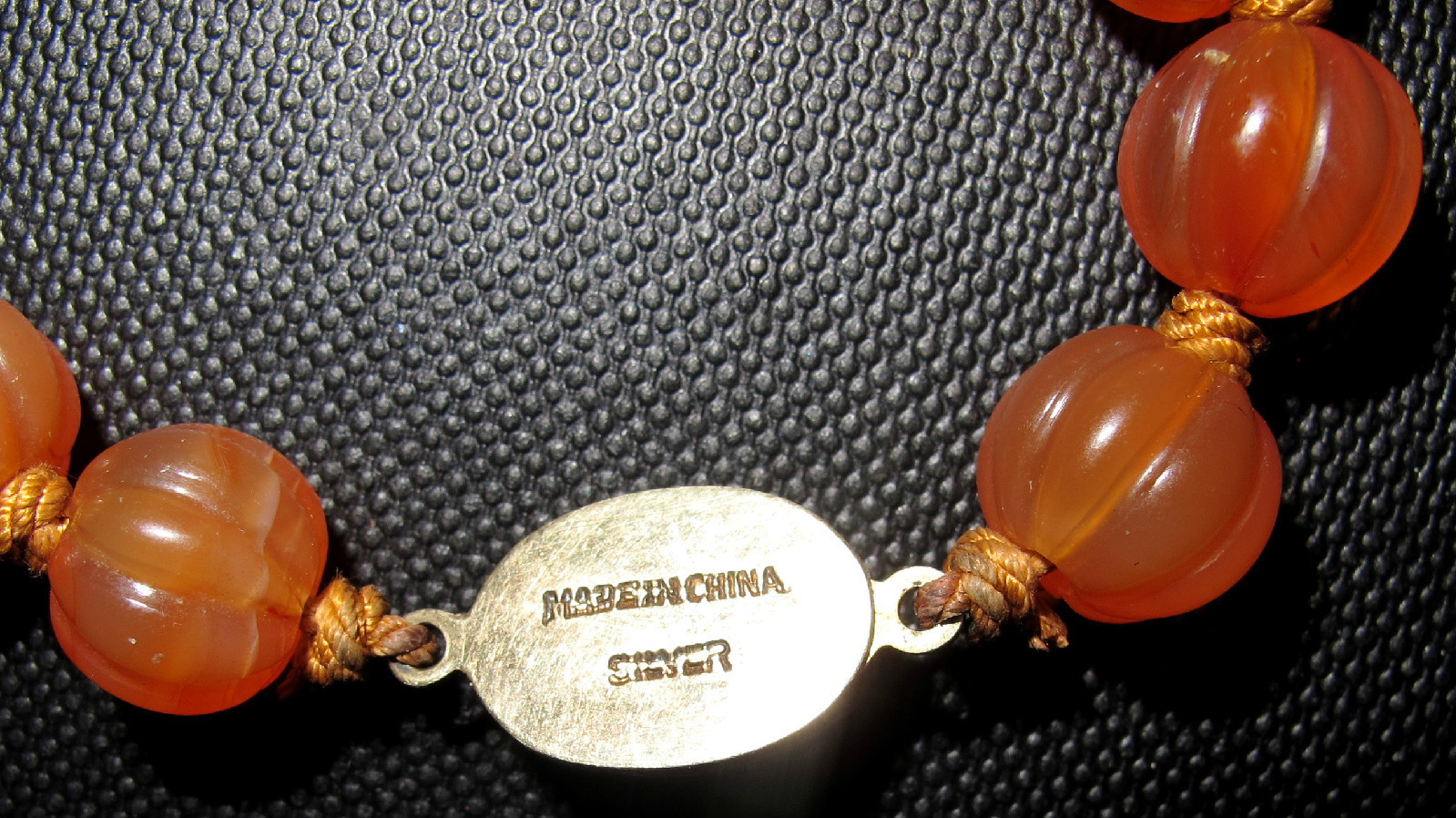 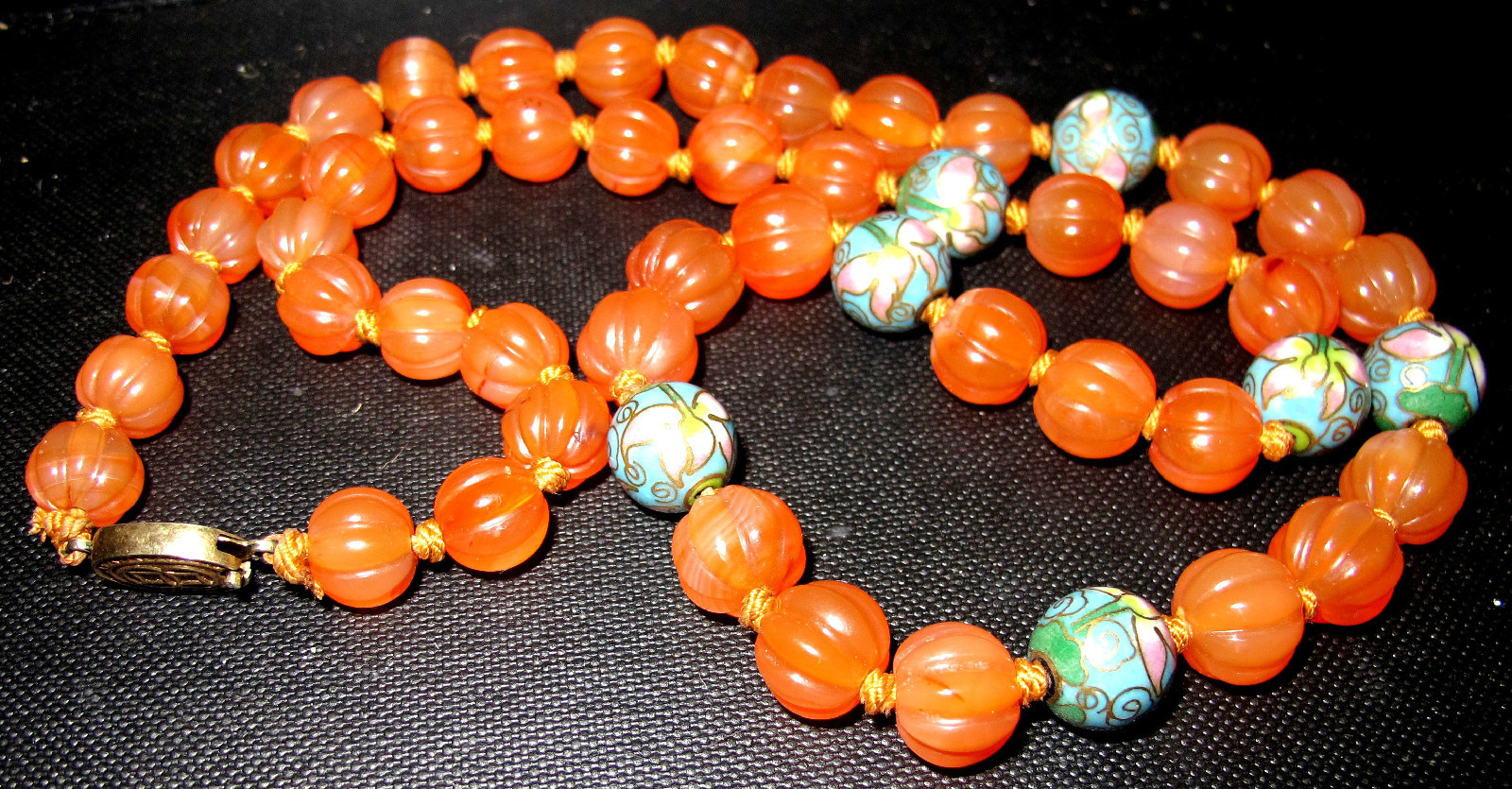 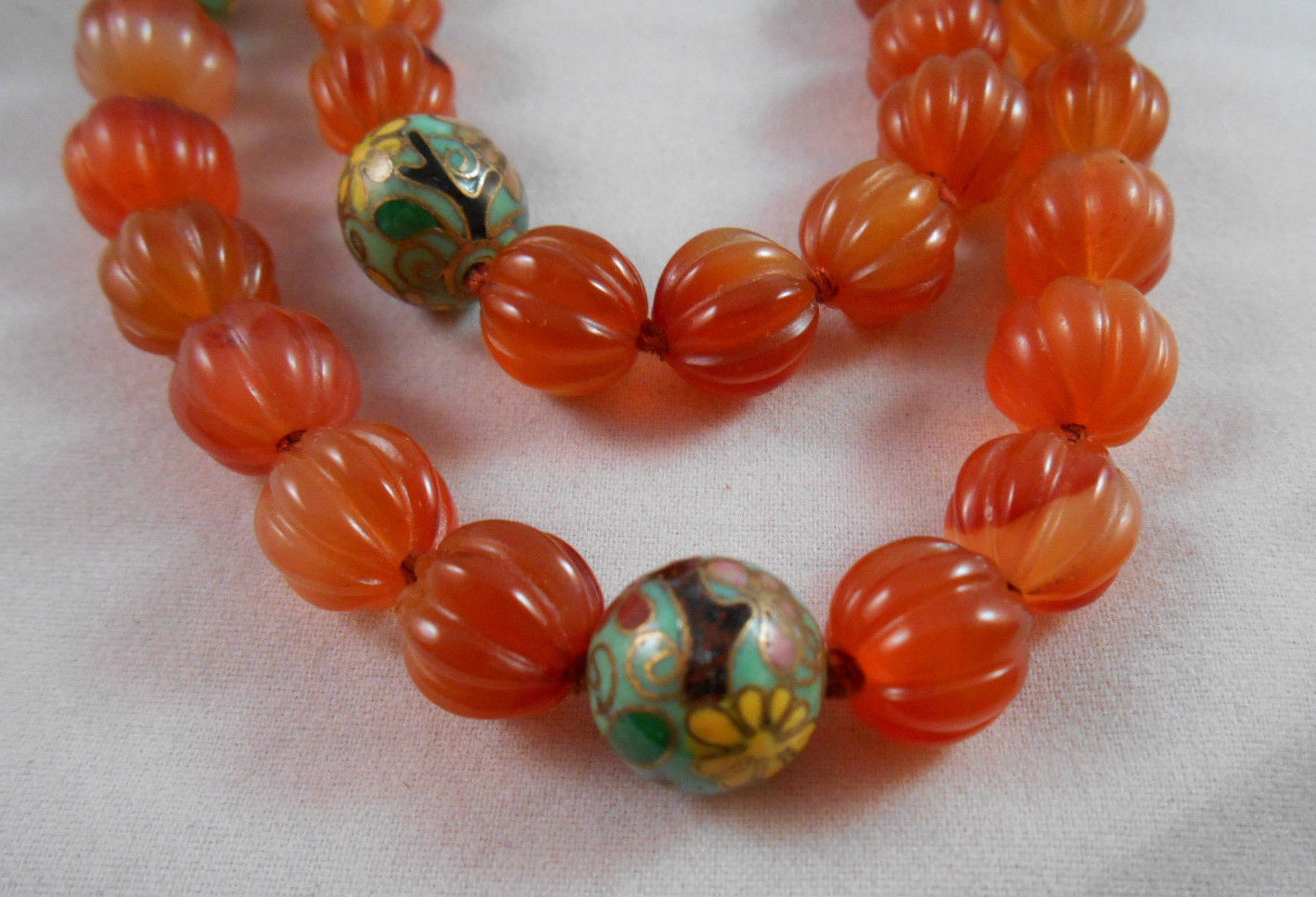 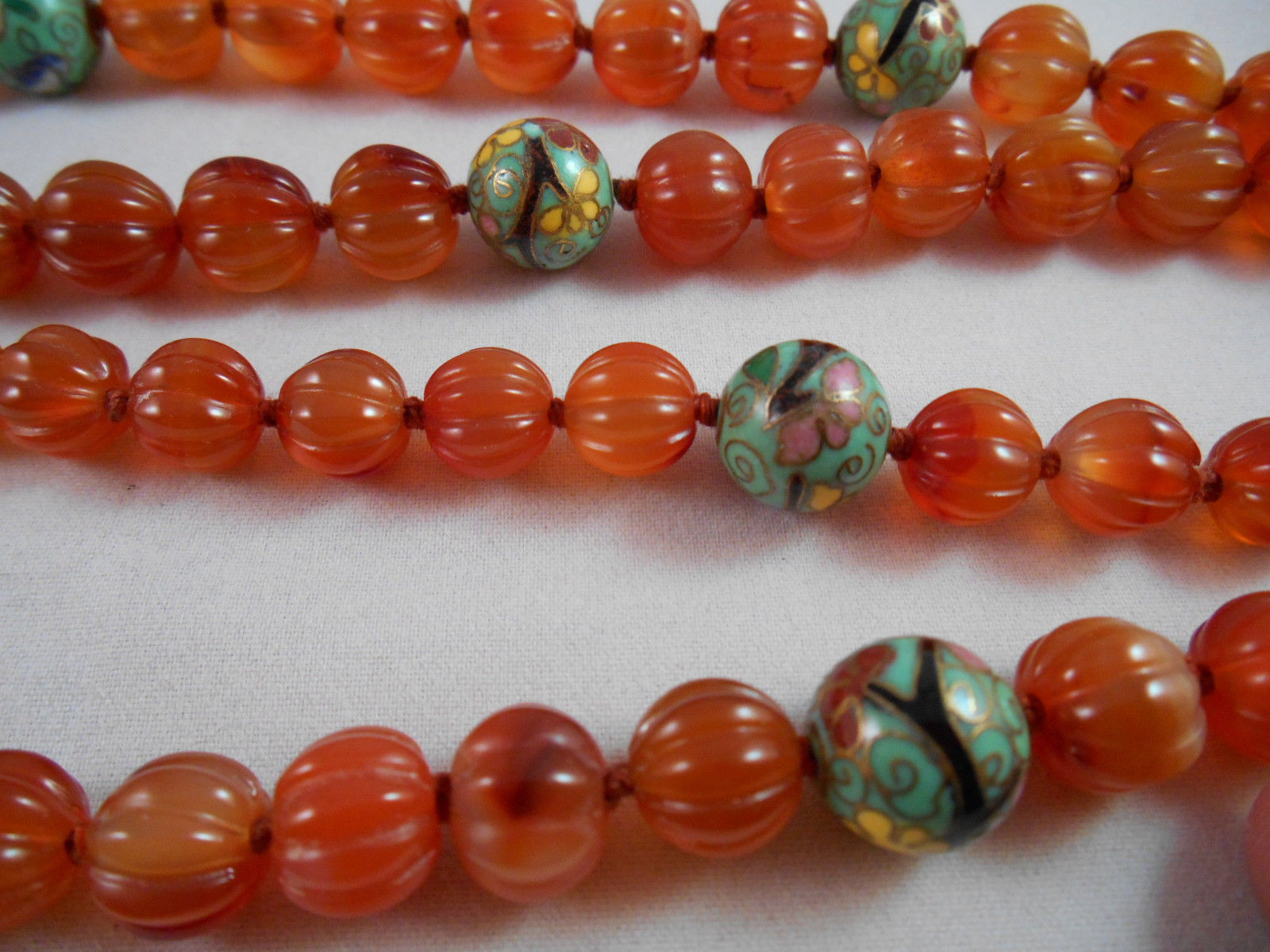 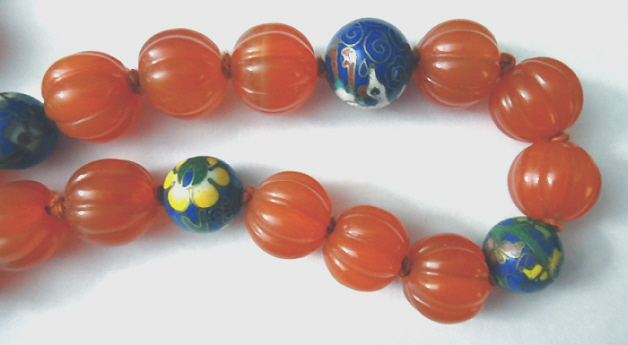 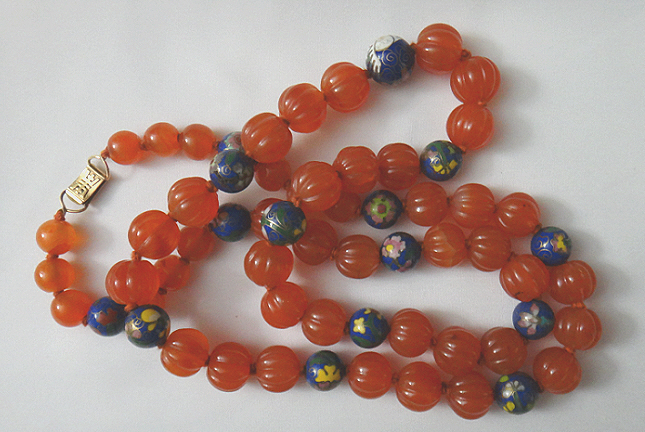 Some in tigereye – note especially the fine detail and small size (11x9mm, or about 3/8” long) of the oval cloisonné beads. 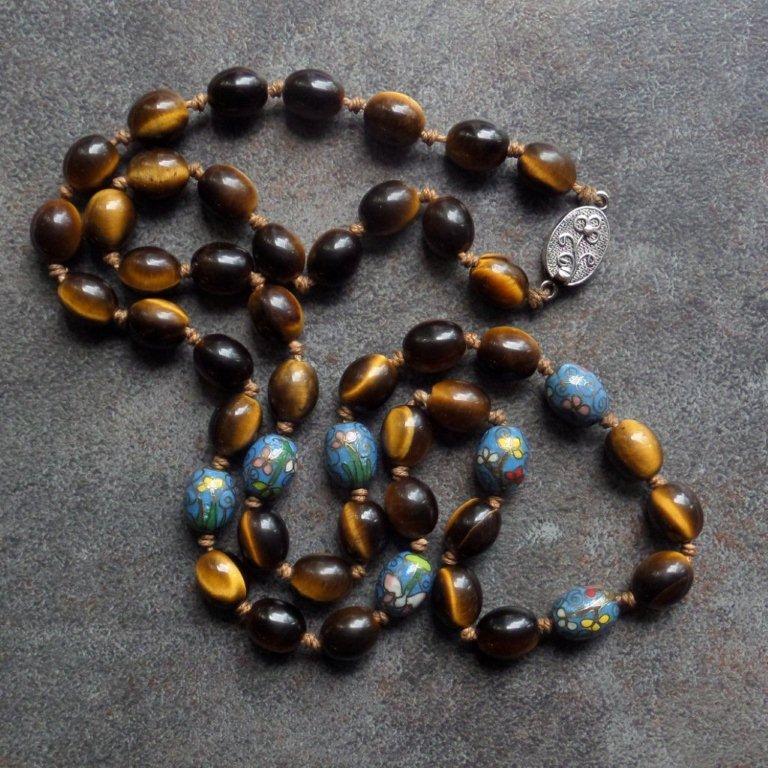 Am working on a post about even more exceptional Chinese cloisonné beads, such as this necklace: 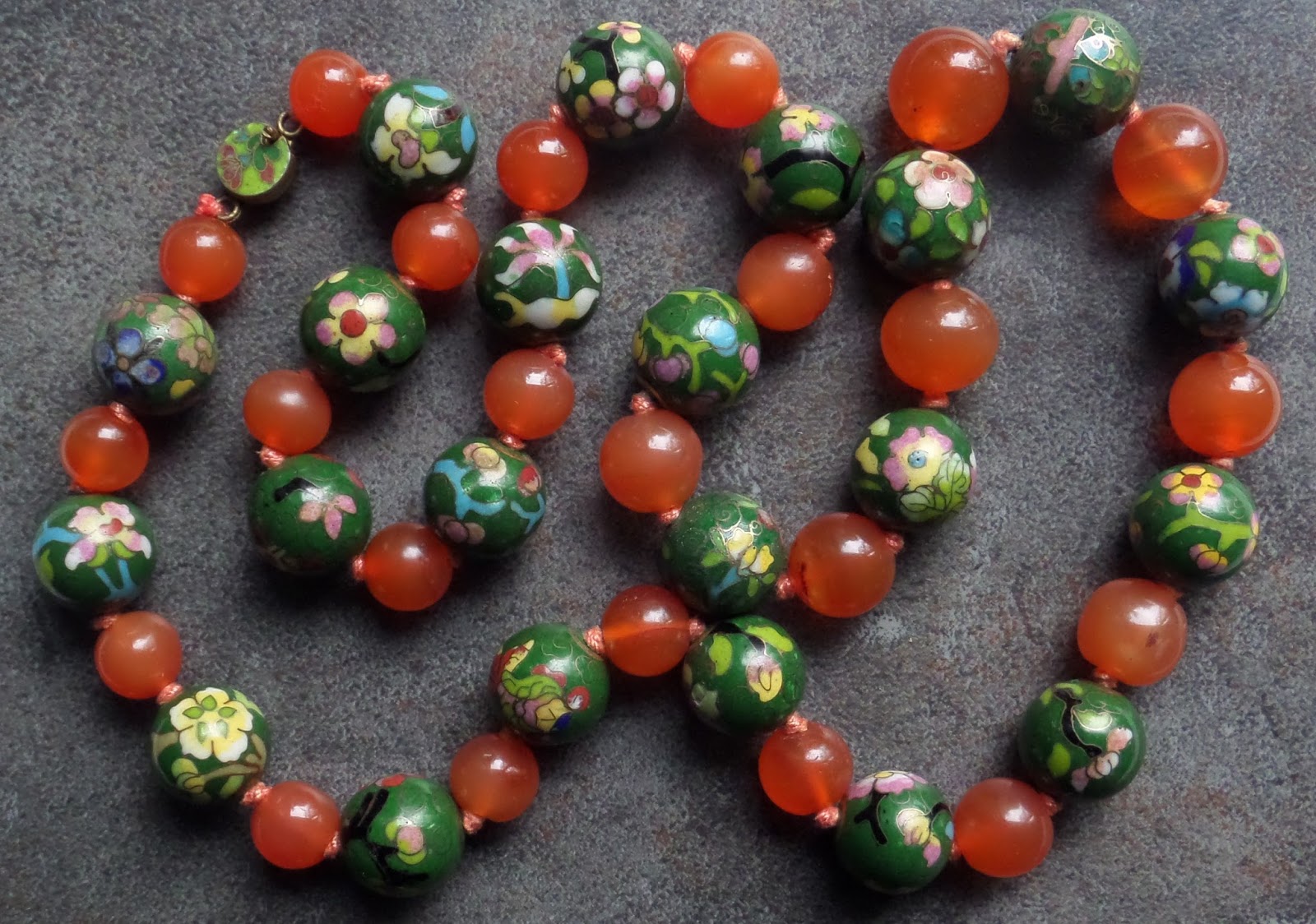 In the meantime, it seems relevant to note that there was an embargo against the importation of Chinese goods into the United States from 1950 until June 1971 – twenty one years.  Readers might consider the implications of this regarding for whom these necklaces were made, and where they were available for purchase.

UPDATE: eBay vendor walterwaffelohr2407 provided a most interesting provenance for a beautiful Chinese and carnelian cloisonne necklace that he recently sold for a client.  His client's mother received the necklace from her husband, who purchased it while he was working for the German government in China in the 1930s.  The similarity to other necklaces pictured above is unmistakable, right down to the type of silk cord and knotting. 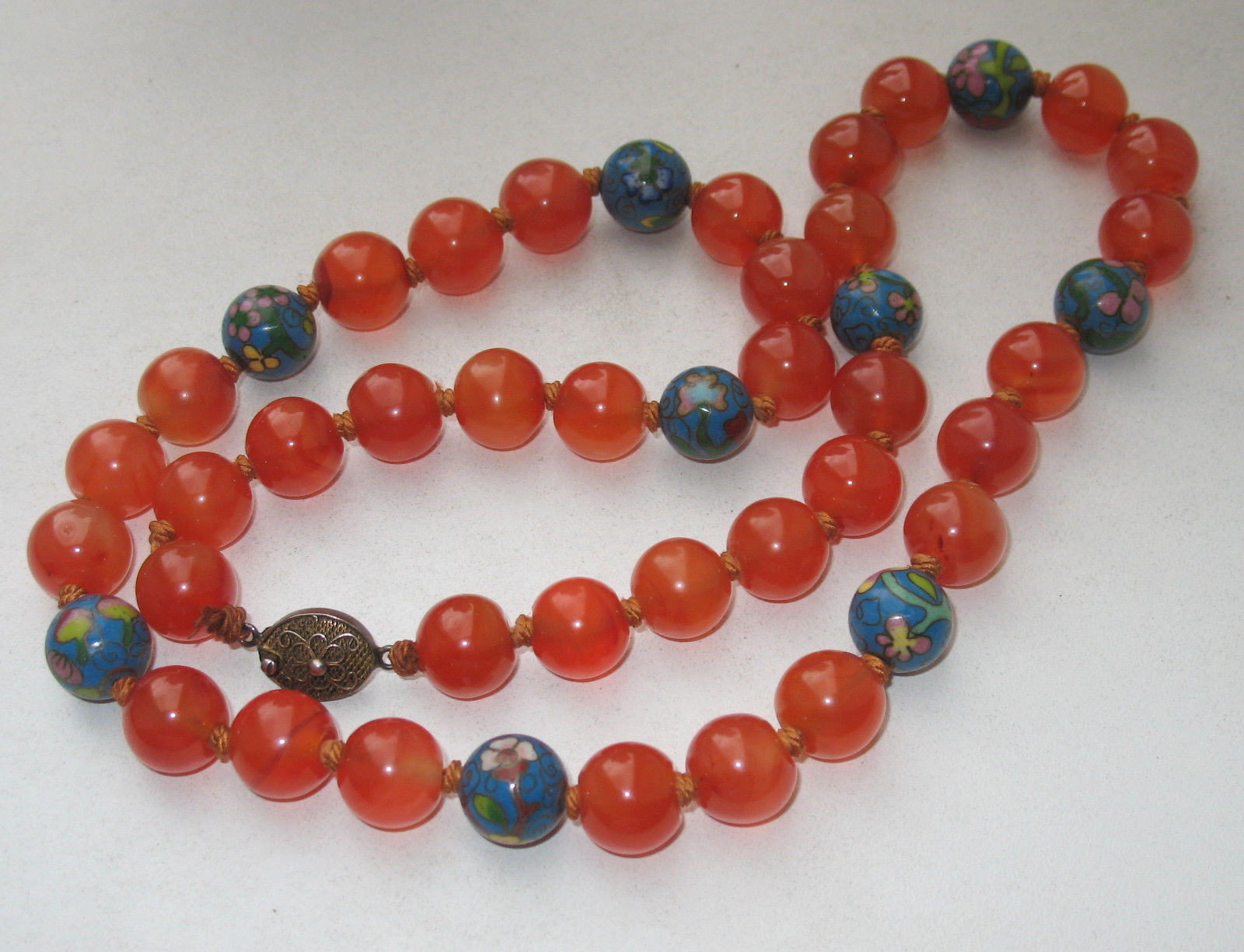 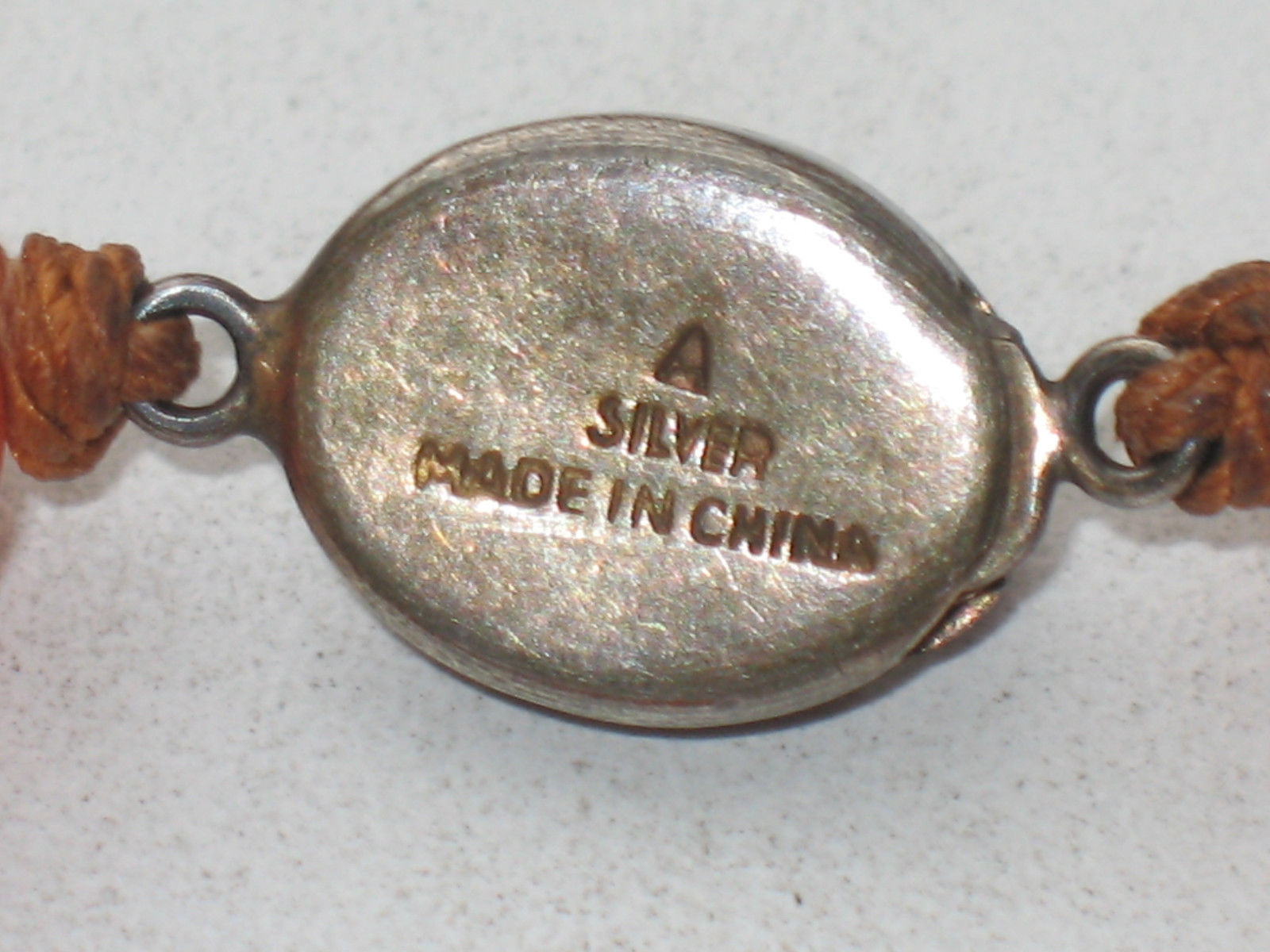 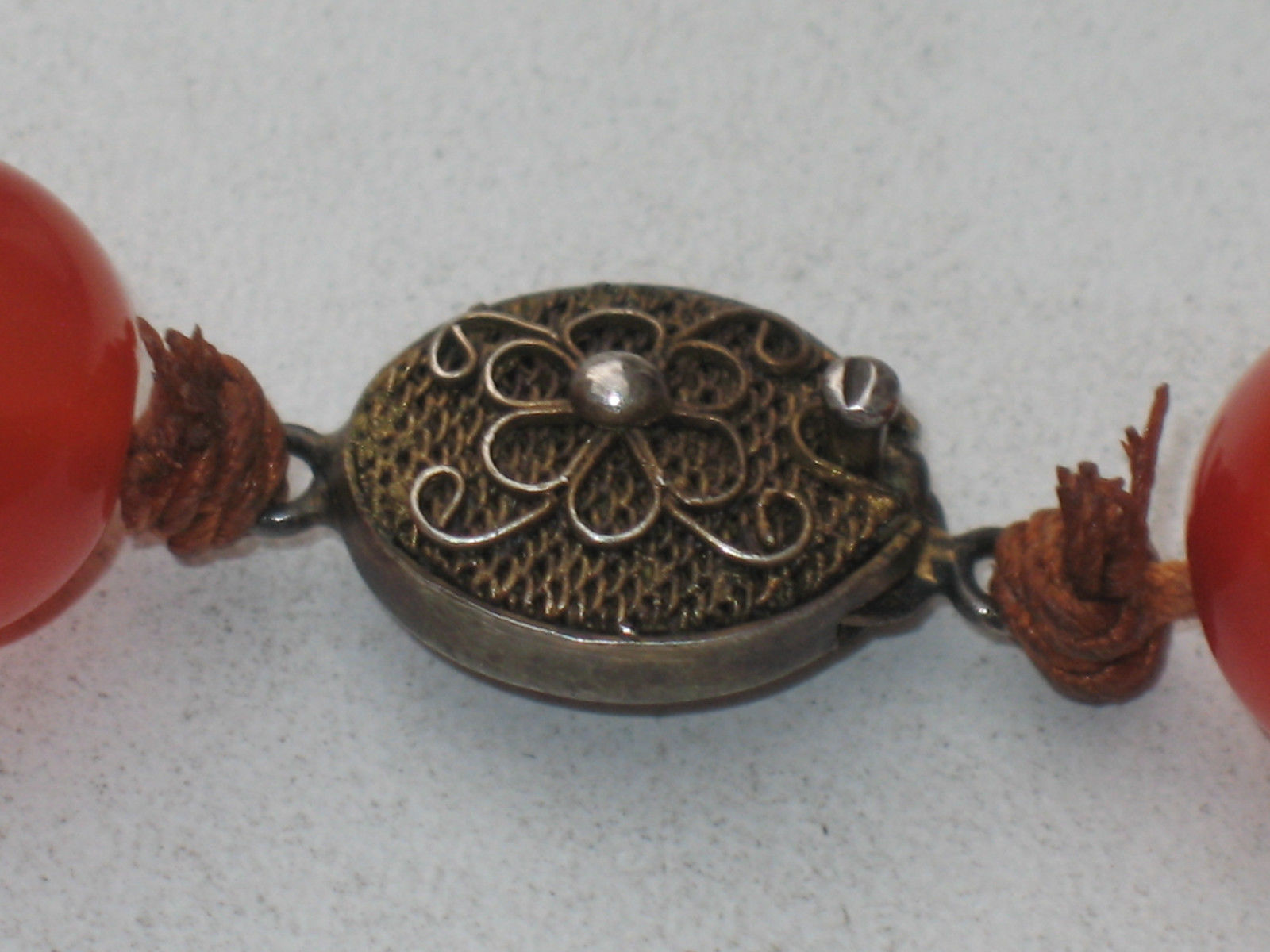