Collecting beads also leads to an interest in pendants, and so once upon a time I acquired a little cloisonné bottle pendant featuring what looks like a swan or phoenix, with little flowers as the background pattern on the other side.  It got placed in the box of beads and pendants that appear to be Kuo cloisonné products. 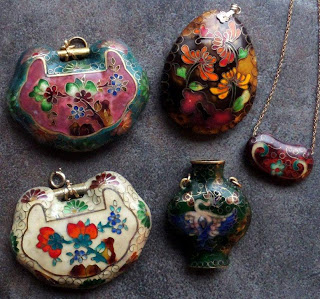 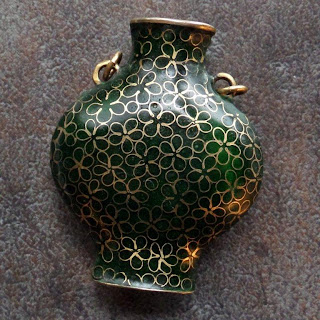 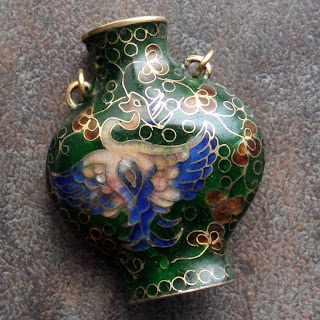 But then some other similar items began to appear, such as this nifty bottle featuring a pond of lotus flowers, with water lines as the background pattern.  The eBay vendor Money Penny Collectibles confirms that this was one of a collection of snuff bottles that was examined by noted Chinese art appraiser Lark Mason at an Antiques Roadshow event in Jacksonville, Florida. "All of the snuff bottles I showed him were from the 1800s ... with one potentially dating back to the late 1700s." 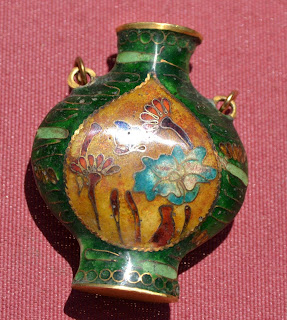 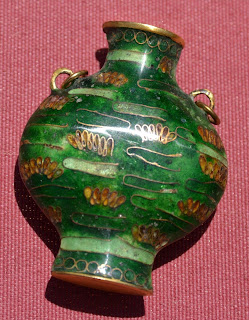 And then this little box, with a bird nearly identical to the bottle pendant, of which the seller, gramagramm on eBay, states, “The person I got this little box from told me that her sister brought it with her in the early 1950s from China.” 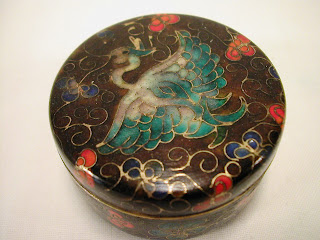 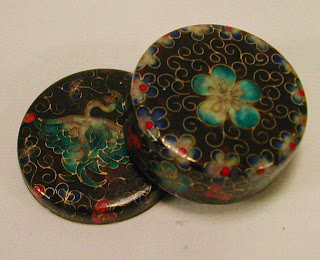 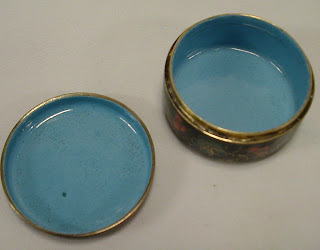 What to make of this puzzling evidence?

UPDATE:  My blog post for July 7, 2014 gives some possible answers with regard to the workshop that created these pieces.  Note especially the use of twisted wire to form some of the cloisons.
Posted by beadiste at 9:08 AM