This was an eBay item too neat to pass up, so now it's mine; however, I bought it to share with you because documentation for vintage cloisonne is not all that common. 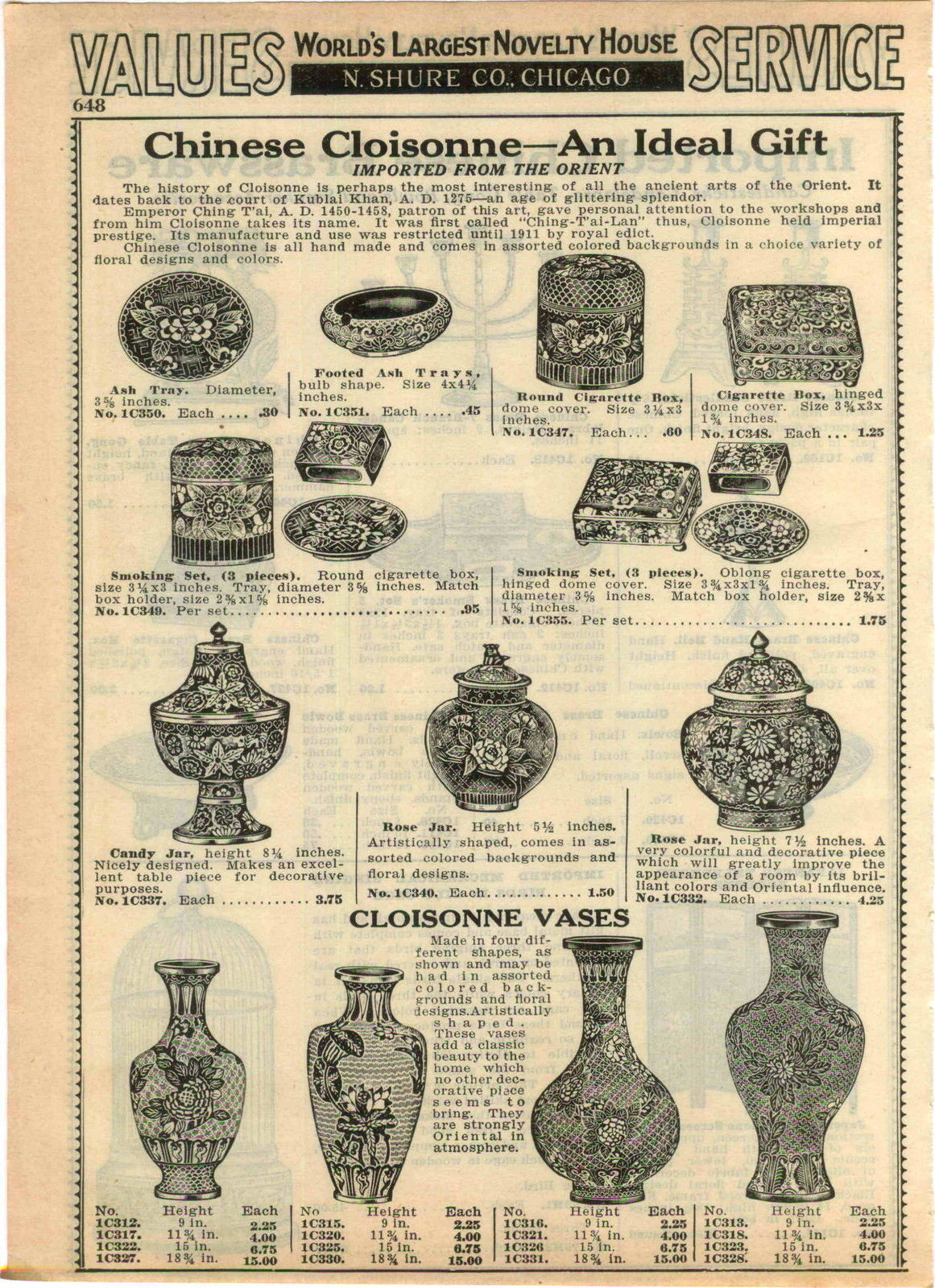 Here are a couple of pictures, so the details can be viewed more closely than in the scan.
Over the past months, I've seen pieces similar to all of these on eBay. 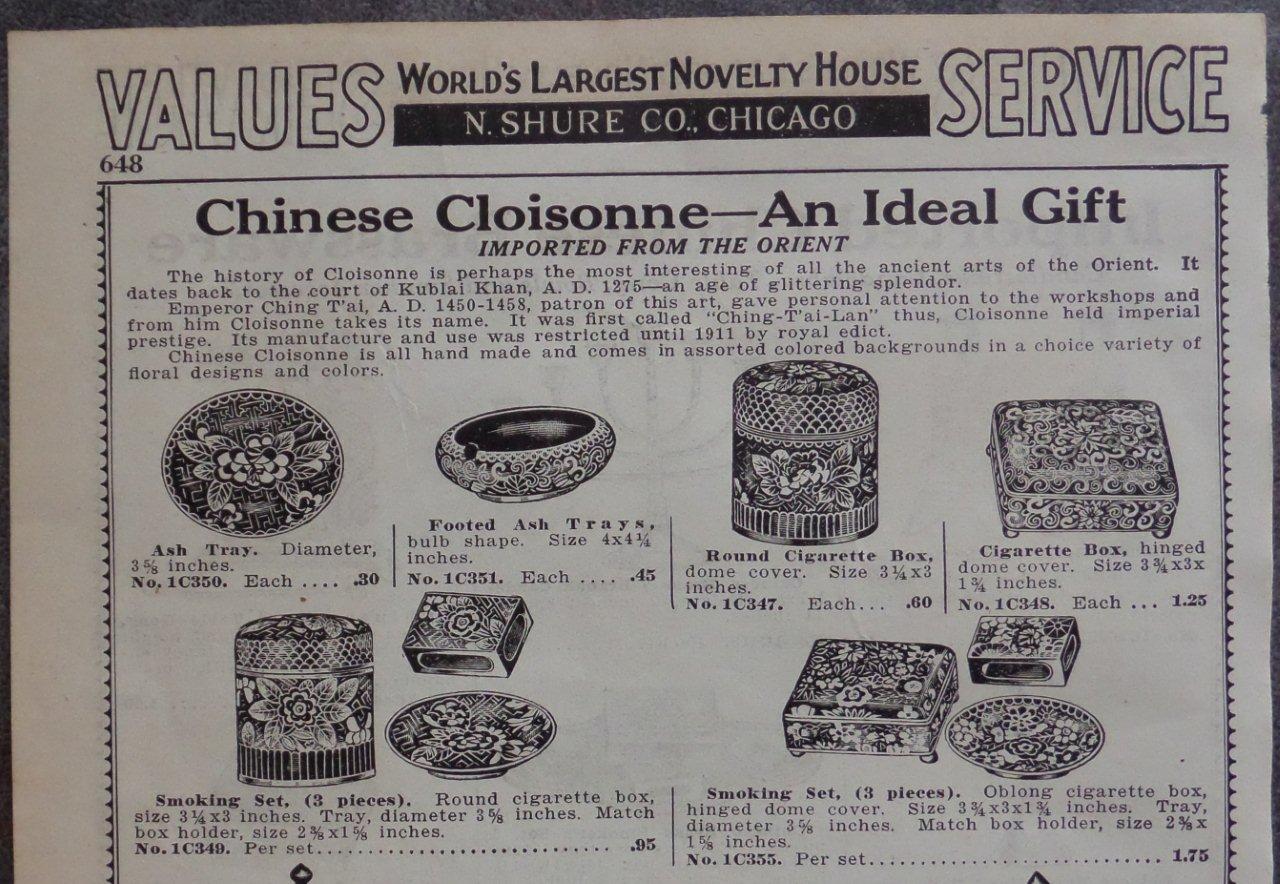 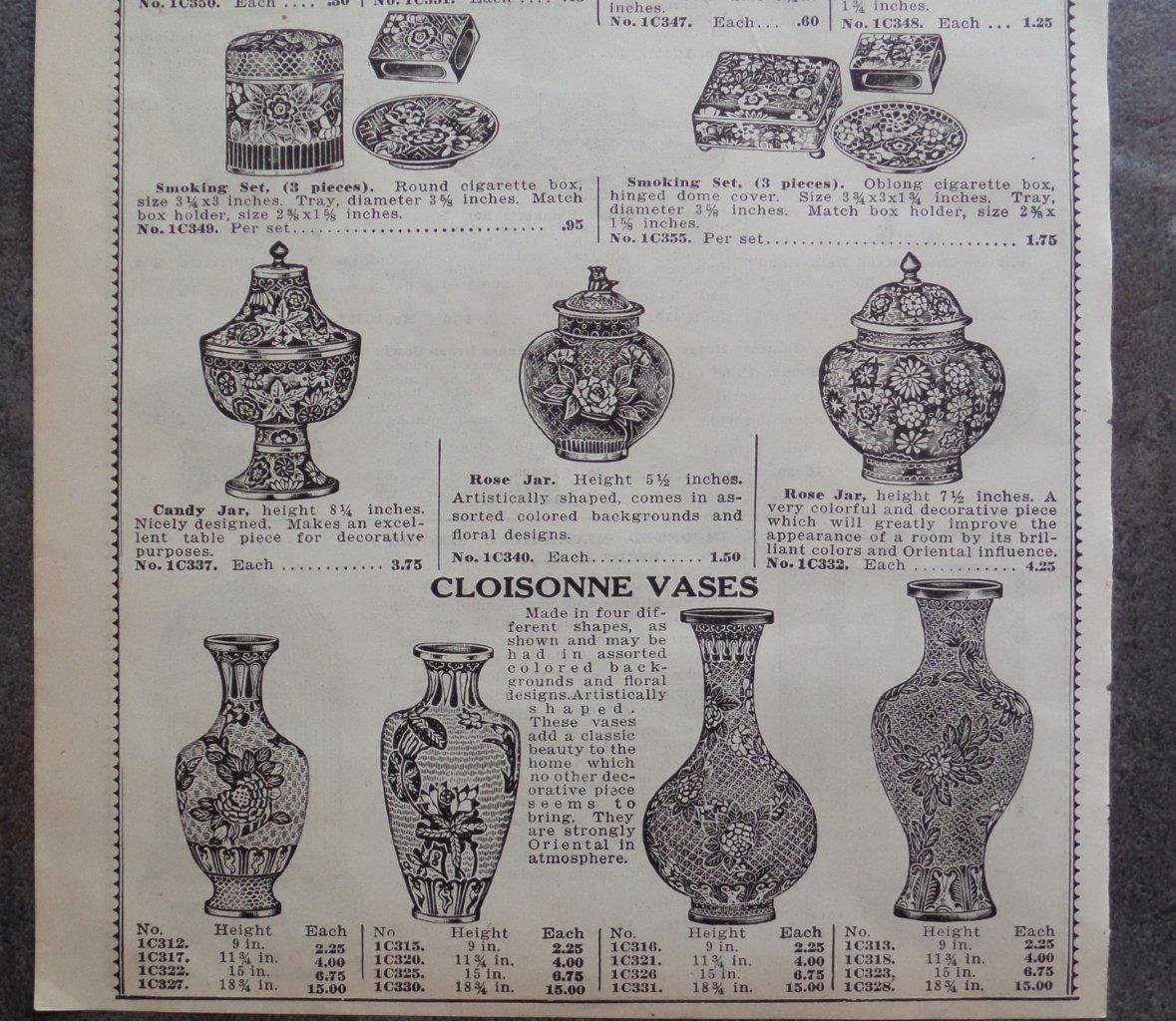 The little online currency inflation calculator I used determined that $15 in 1933 is the equivalent of about $270 today.
UPDATE: A catalog page one year later, 1934, shows a price increase for the 15 in. lotus pond vase, for example, had increased to $13.50. A correspondent provided pages from a later 1937 catalog, where the price of the 15 in. lotus pond vase dropped to $5.50.
But then in another earlier? later? catalog page, the price has increased again to $23.  Perhaps the Shure Company, centered in Chicago, purchased a supply of vases for the 1933 World's Fair, and then struggled to unload them in subsequent years? 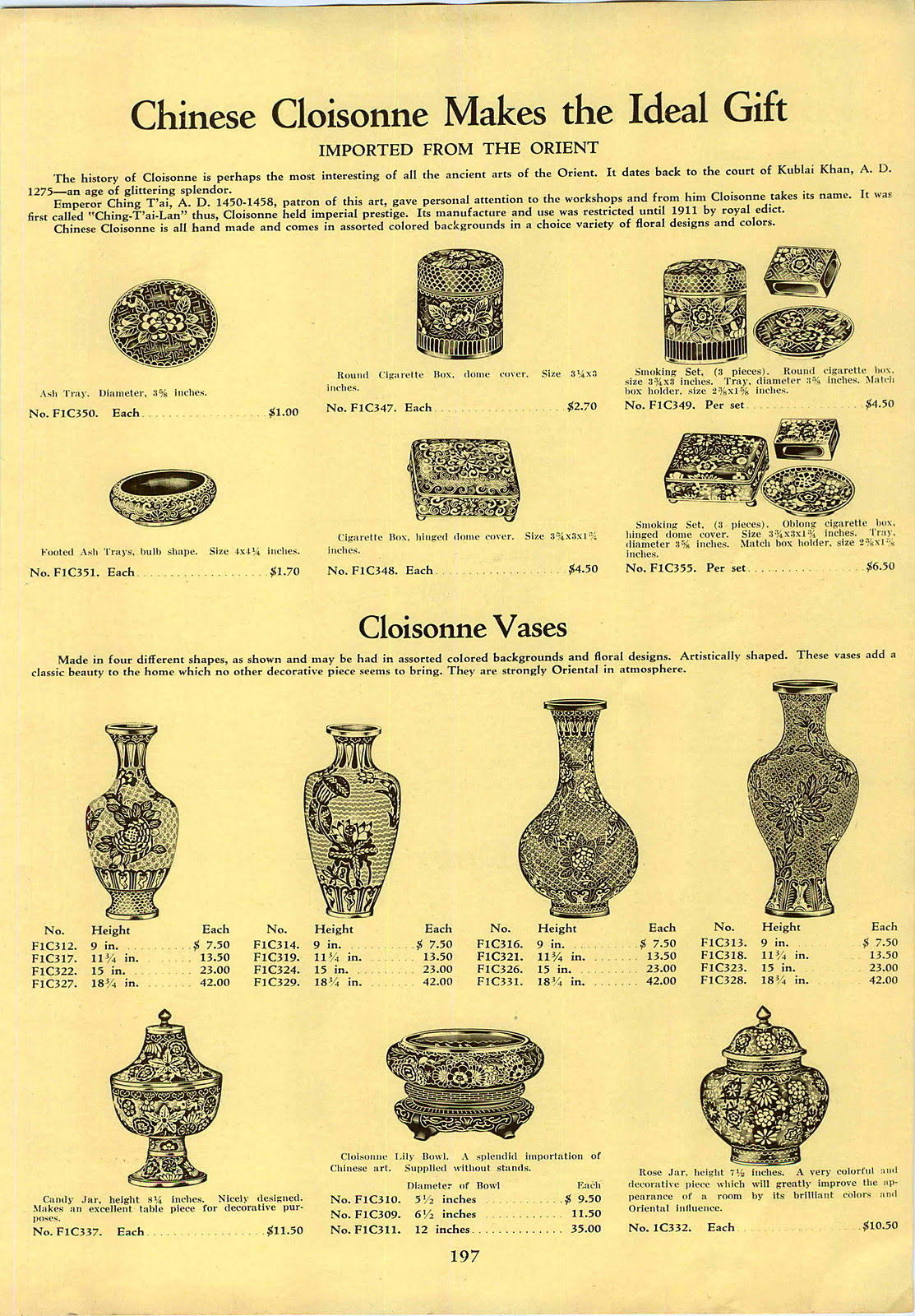