Just a short post regarding a thread over at the Asian Art Forums.

The vase pair that started the thread discussion is on offer at Ebay [here's the link, view it now before the auction ends] where the seller describes it as "Pair of Rare Qing Dynasty Cloisonne Vases ... The dimensions are 10.5 inches tall... The provenance is from an estate in Missouri, USA."

I really don't think I know enough to make an expert pronouncement on the dating of this vase pair, but I did note the existence of a bottle of nearly identical design, although not so well crafted, in a 2006 auction. 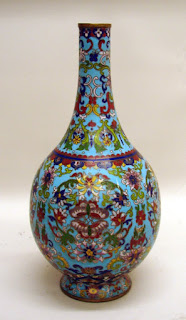 By way of comparison, here is a bottle sold by Chamberlain Antiques that exhibits characteristics of late-Qing cloisonne in the style of the  Decheng atelier (or maybe even earlier?  If you know something about this, please comment). 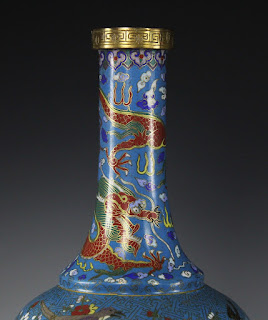 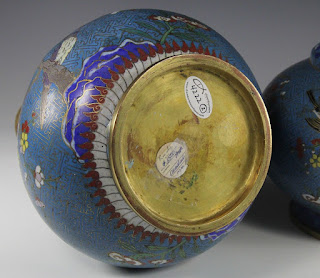 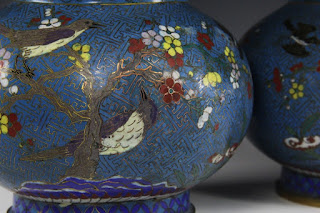 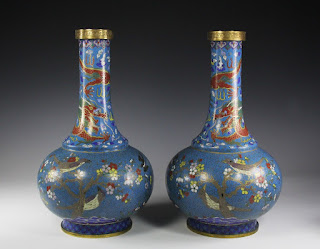 The problem, of course, is how to sort out the cloisonne pieces made in the last 40 years - whether as out-and-out fakes, or as designs inspired by traditional patterns - from actual antiques.  In the Asian Art Forums post, I noted the existence of knock-offs of works by contemporary Chinese cloisonne artists as well.

Zhang Tonglu, in interviews readable online [Chinese-illiterate readers, hit the Google Translate button], has stated that his Steel Vase and Butterfly Vase were produced during the Cultural Revolution, with dates of 1971 and 1968, respectively. Zhang Tonglu has expressed exasperation about the proliferation of pirate copies of his works. Knock-offs of these designs can be easily found at just about every online auction or sales venue, often attributed to late-Qing or early Republic (1890-1915).

As I noted in the Asian Art Forums post, I own a copy of a Zhang Tonglu original that was inspired by the swirling designs on  ancient Yangshao pottery. It was found at an estate sale, and purchased by me on eBay. 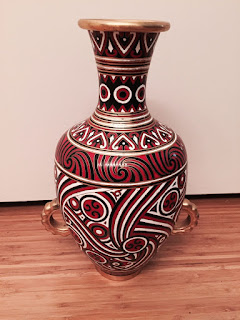 UPDATE Dec 2021: A blue version of the Zhang Tonglu Yangshao-pottery-inspired vase can be seen being electroplated in this photo of a Beijing Enamel Company workshop, in a book co-authored by Li Xinmin. 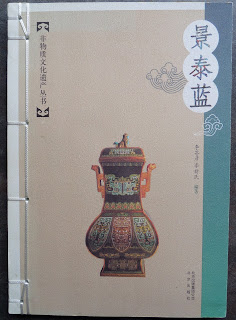 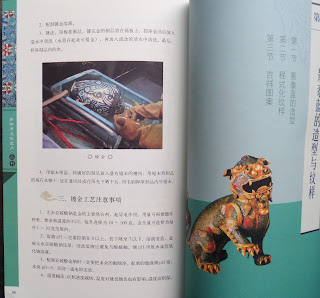 Some examples of ancient Yangshao pottery: 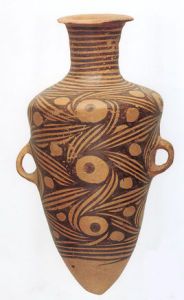 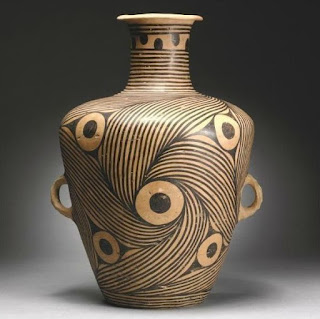 I would be interested to see other examples readers have encountered of recent cloisonne works closely imitating originals, either modern or historic.

UPDATE: A third version of this bottle design, obviously less carefully executed, turned up in an online auction.  So what do you think?  Where is the original and when was it made? 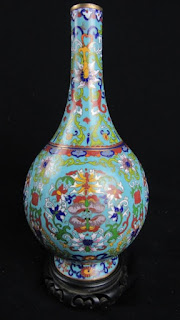 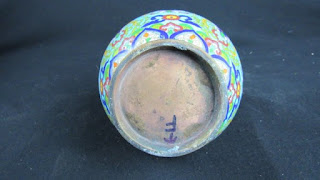 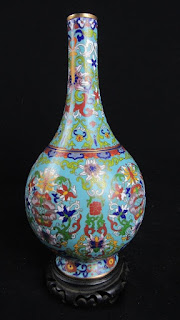 UPDATE: And here's Version #4, from Italy: 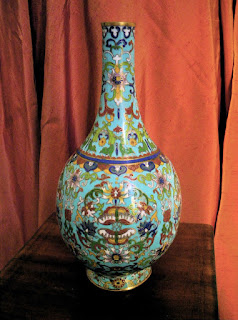 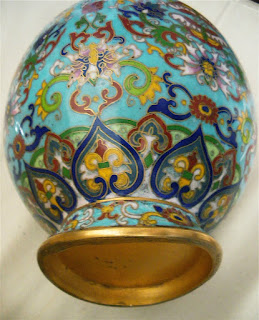 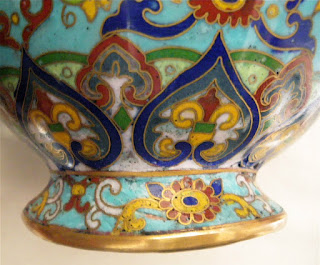 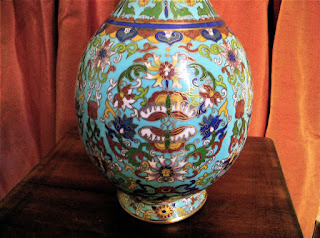 UPDATE March 2022: [From a discussion thread at the Facebook "Chinese & Japanese Cloisonné"]
Came across another pair of a notable auction and what appears to be a subsequent clone: 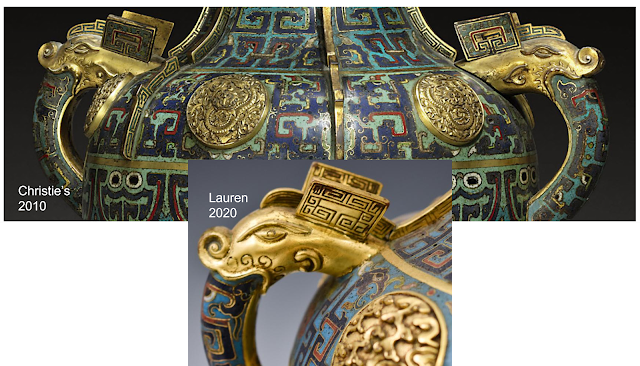 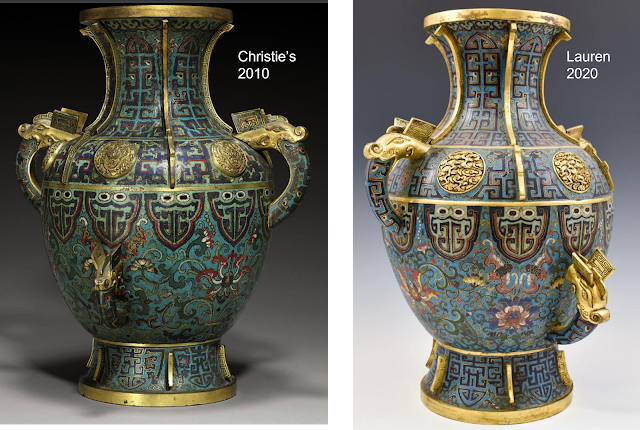 Here are the relevant links:
https://www.christies.com/en/lot/lot-5367214
https://www.invaluable.com/auction-lot/qing-gilt-bronze-cloisonne-vase-94-c-02441a7a57
One of the commenters in the Facebook thread suggested this YouTube video by Peter Combs, and I concur, it is well worth watching.
https://www.youtube.com/watch?v=e9pV0GwFTGs
Posted by beadiste at 10:55 AM