From the private collection of the owner of eBay store Beads With a Past, an exceptional necklace of early Chinese cloisonne beads.  Although the cloison wires are flat, they share the technique used in twisted wire cloisonne, where the enamel is fired only once, leaving concave wells of glass in the cloisons.  The level of inventiveness and detail in the designs is exceptional.  I especially love the rat and bird beads!
Did one of the old master craftsmen who used to make intricate cloisonne beads for Qing court necklaces apply his skills for the delight of a lady?  Could this be a piece from Helen Burton's 1920-30s Camel Bell shop in the Peking Hotel?  So mysterious. 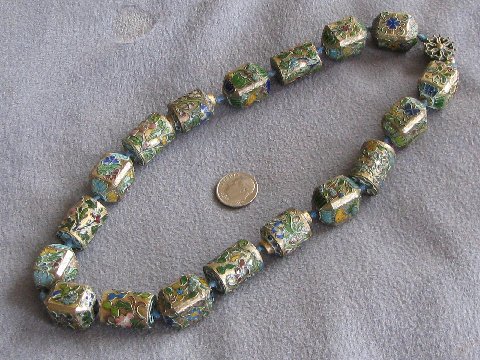 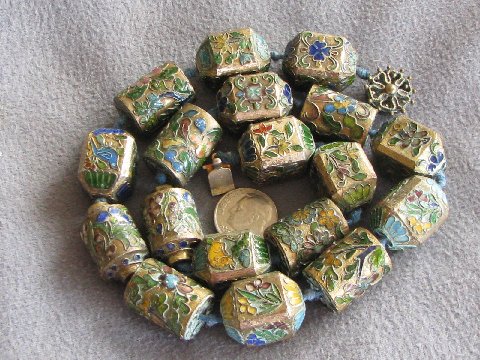 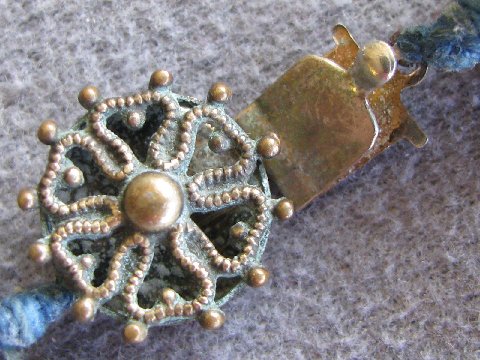 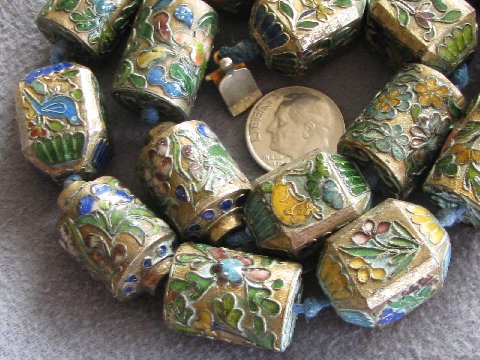 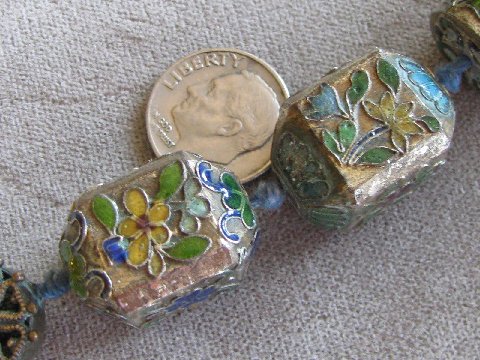 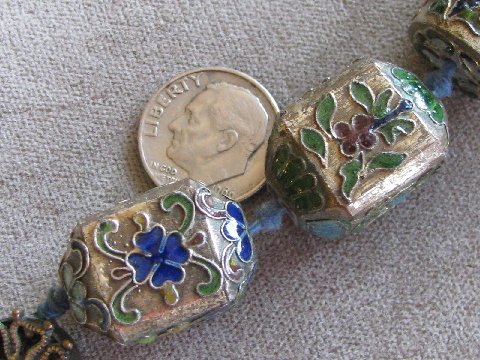 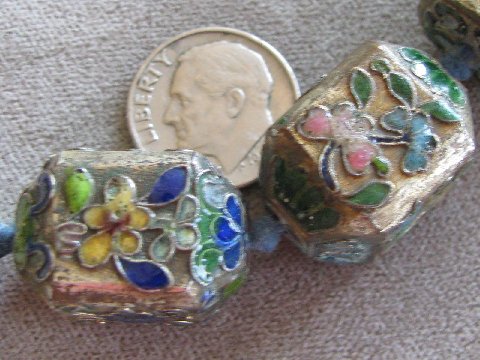 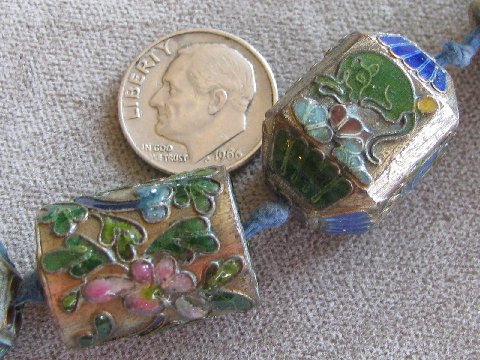 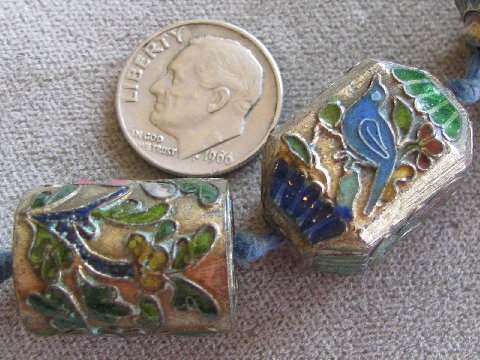 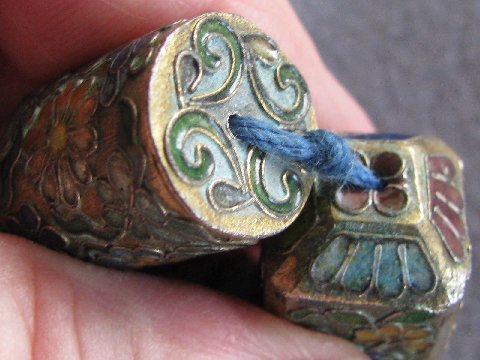 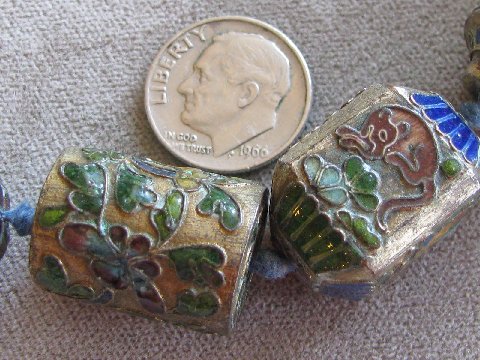 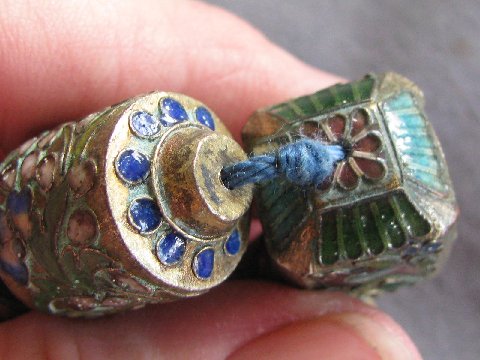 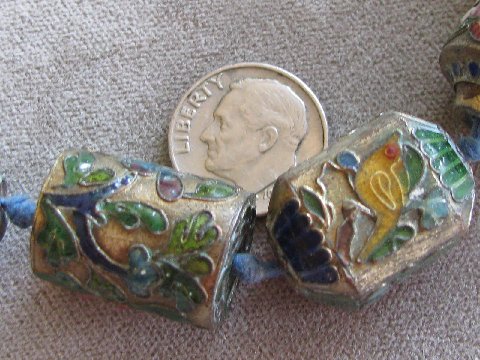 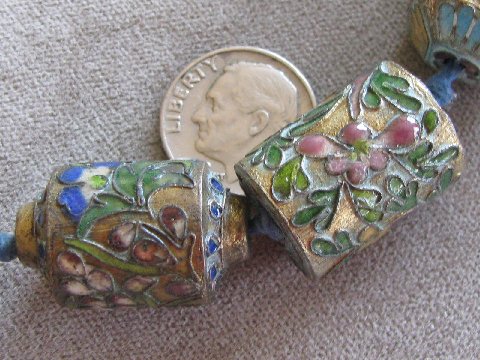 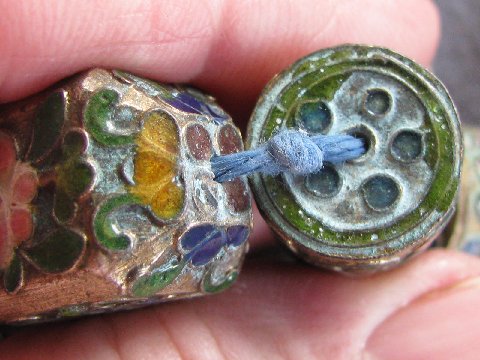 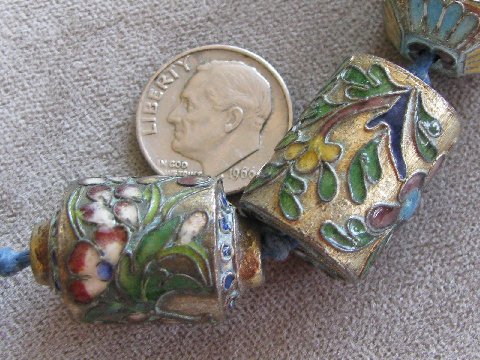 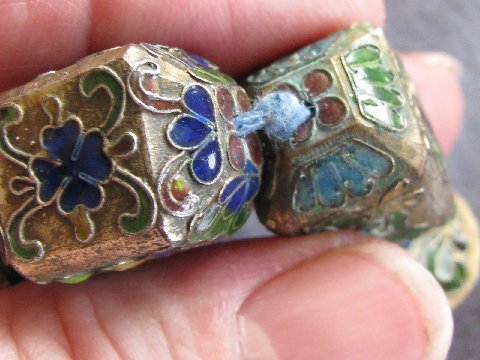 A Haskell-attributed necklace featuring hexagonal cylinder beads in a simpler reverse-openwork technique, where the background is filled with enamel instead of the insides of the cloisons: 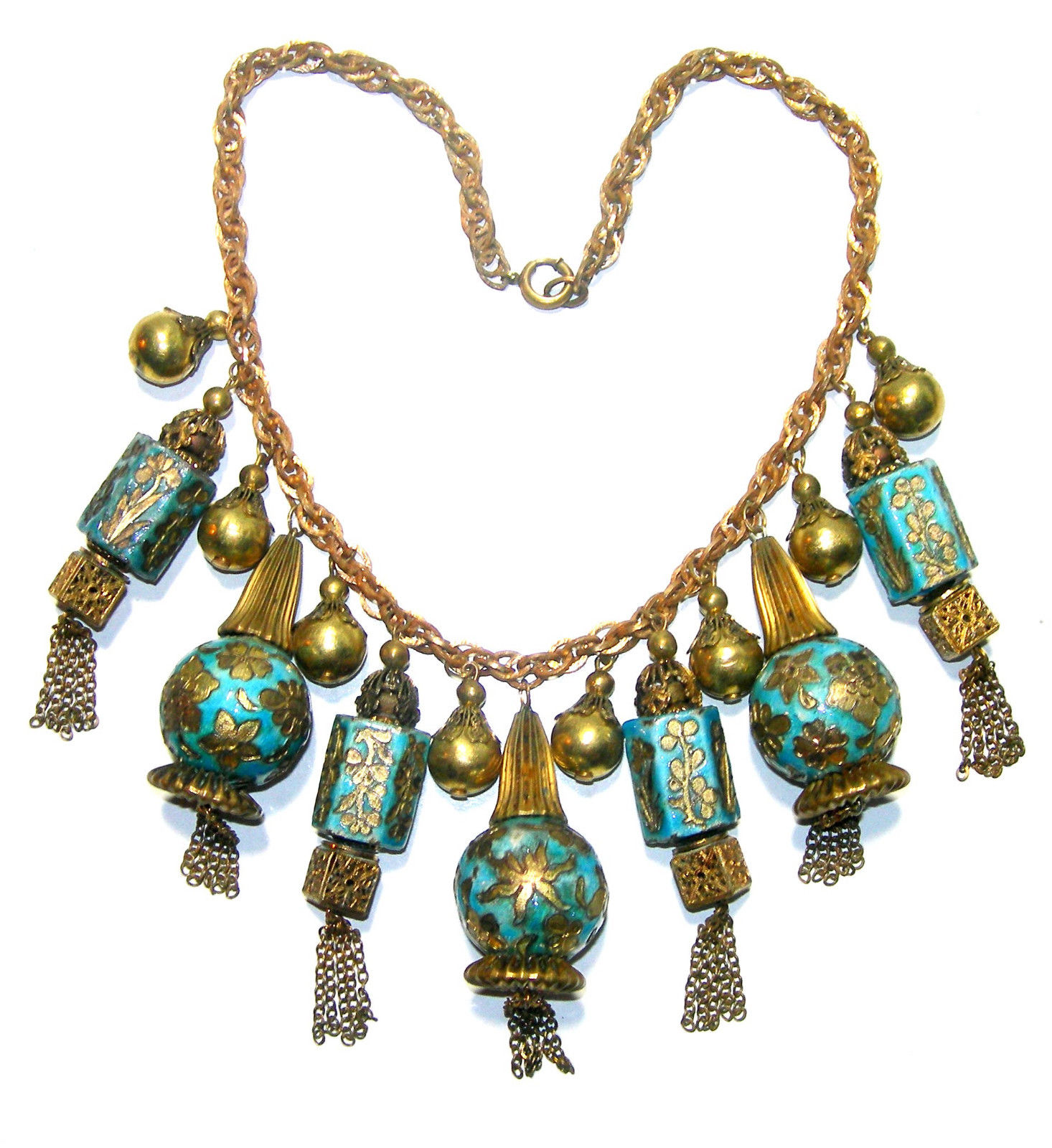 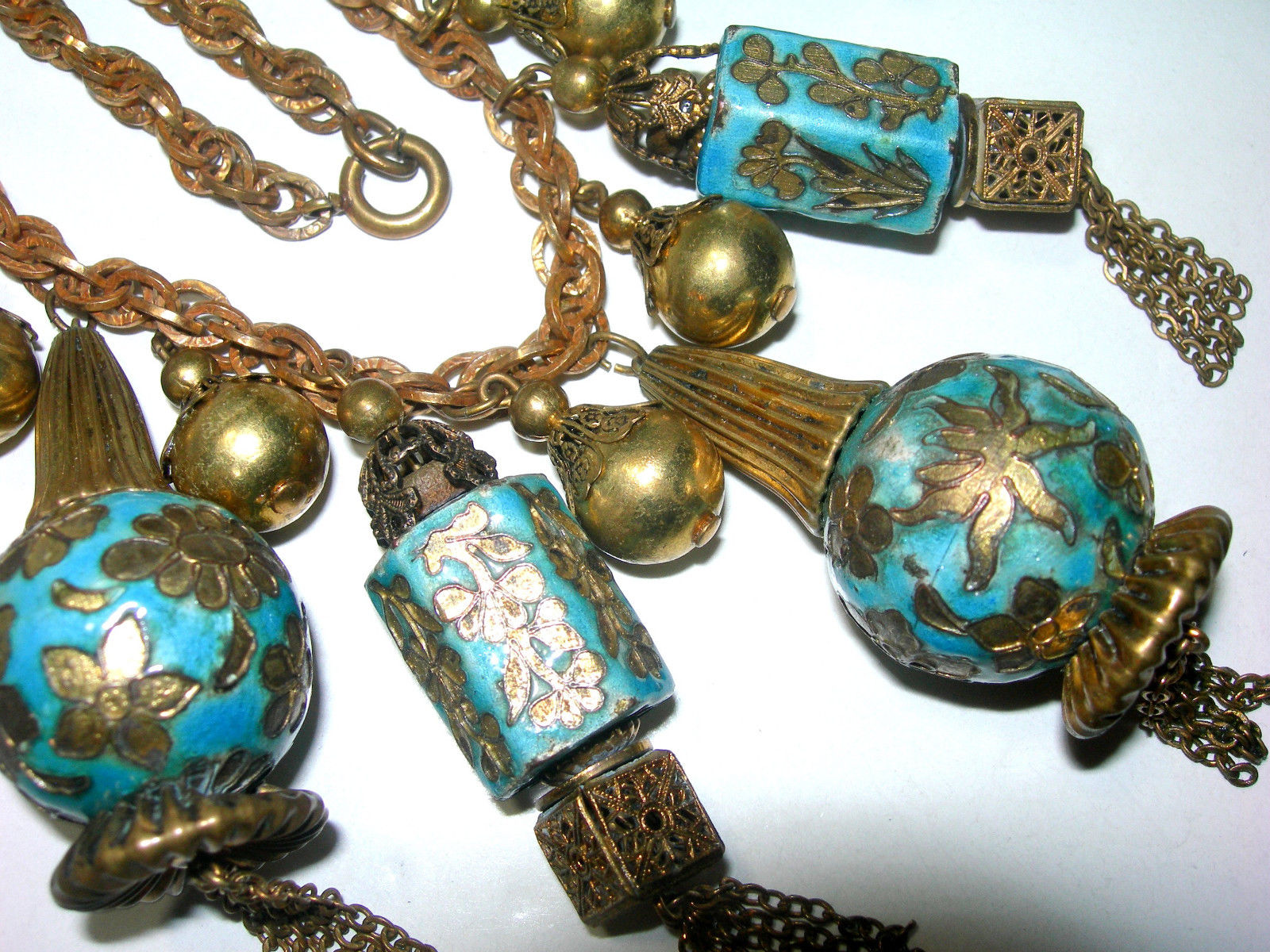 A bracelet that appears to be a mate to the necklace above, on offer from eBay vendor carousel111:
A cylinder bead I recently acquired, of unknown age:
From an online auction last year, an assortment of beads that appear to include some of these openwork beads, including one pendant resembling those used in court necklaces: 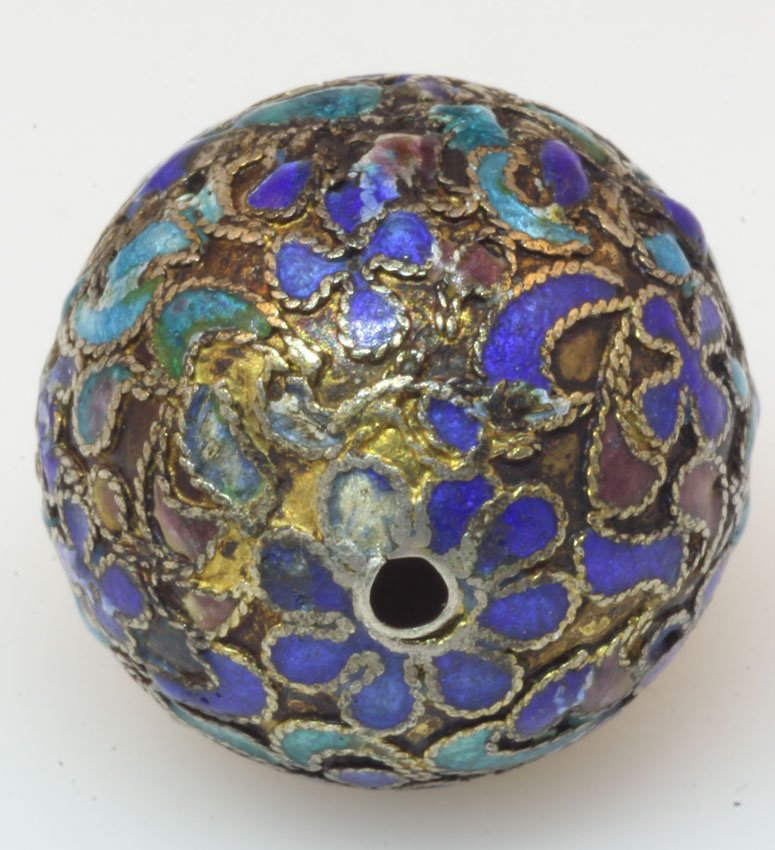 UPDATE: This article about Chinese silver cloisonné provides some interesting insights relevant to the above beads:
http://chinese-export-silver.com/meta-museum-archive/meta-museum-chinese-export-silver-enamel-revival-phenomenon-中國出口銀器-開始轉寄郵件/
UPDATE: I acquired the beads shown in the upper left of the assemblage photo.  Here's what they look like up close: 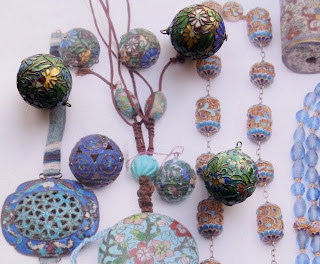 Similar wirework and enamel can be seen in boxes that appear, from their "CHINA" stamps, likely to date from the 1910s-30s. 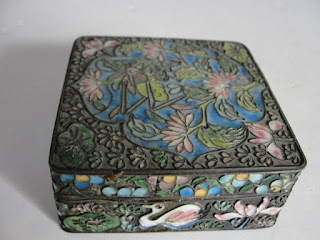 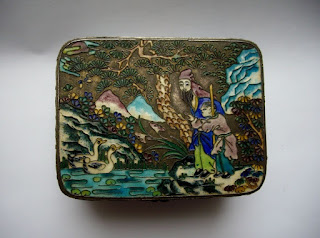 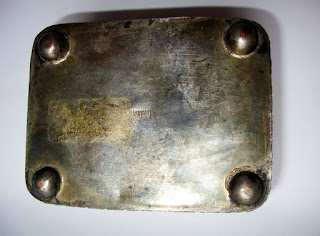 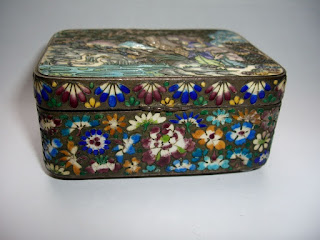 UPDATE: What appears to be a group of graduated beads in a gourd motif, possibly salvaged from a necklace [Liveauctioneers website, item 64835265]

UPDATE: A private collector has granted permission to show this photo of this style of bead presented as a Japanese obidome accessory, purchased in 2021 from a seller in Japan. 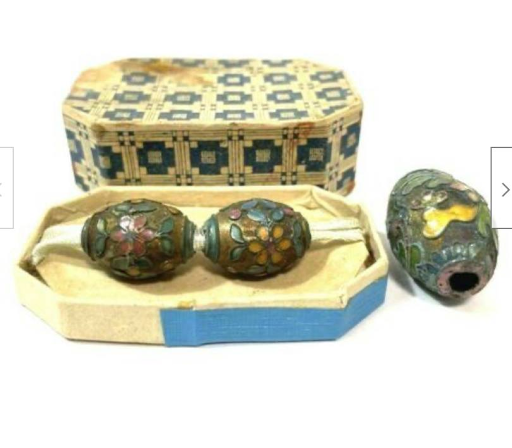